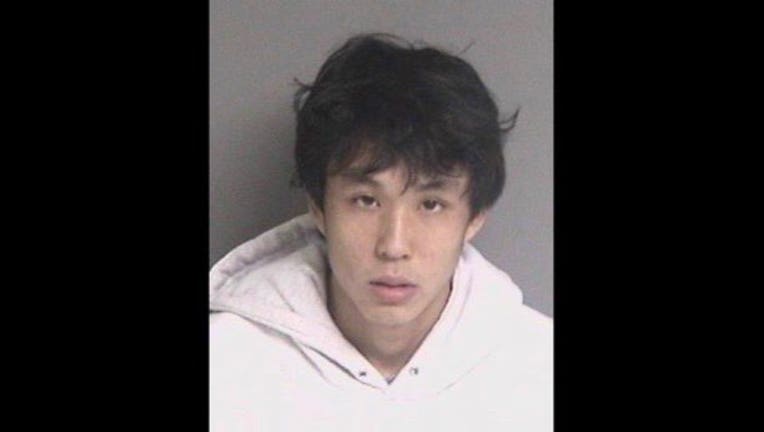 Daniel Ethan Won, 19, of Oakland, gets two-years probation after pleading no contest to assault with a deadly weapon when he hit a man with his car.

OAKLAND, Calif. - An attempted murder charge was dropped by Alameda County district attorney's office as part of a plea deal in the case of an Oakland man who deliberately hit a man with his car after the driver was told to slow down.

Daniel Won was sentenced to two-years' probation after pleading no contest to assault with a deadly weapon, according to Oakland Police Department. Last August, Won, who was then 19-years-old, hit the victim, Joseph Lax, on purpose with a car in the Montclair neighborhood in the Oakland Hills.

The shocking incident was captured on a witnesses cell-phone video. Won appeared to target three people with his Chevrolet Volt after they told him to slow down in the area of Girvin and Aitken drives.

The video captures the driver disappearing around the corner before he returns to use the vehicle as a weapon and hits Lax. A bystander can be heard warning the pedestrians that the driver is returning to the scene.

The victim, a paramedic from Pleasanton, suffered a broken tailbone. The victim's pregnant girlfriend was also almost struck.

Won was arrested shortly after the incident. He was booked into Santa Rita Jail and was held without bail.