California farmers are bracing for financial losses or potential bankruptcy amid the fallout from the coronavirus pandemic. Brooks Jarosz reports

WINTERS, Calif. - California farmers are bracing for financial losses or potential bankruptcy amid the fallout from the coronavirus pandemic.

Agriculture is considered essential to keep food on everyone’s table, but a KTVU investigation found with an over-supply at production facilities, farmers are left on the losing end.

Grocery store shelves and freezers are low or empty, but that doesn’t mean there’s a food shortage. In fact, some local farmers report it’s the exact opposite. Food is increasingly going to waste because largely they’re seeing slowing production, export markets drying up, and restaurants and schools not buying as much product.

“This is all new,” said crop farmer Bruce Rominger, with Rominger Brothers Farms located north of Winters. “I’ve been farming almost 40 years and I have never seen this kind of uncertainty, this kind of turmoil in the markets.”

Still, Rominger has to oversee his crews planting critical crops right now just in hopes the fall harvest will pay off. But it comes with other new challenges.

This season, workers are wearing masks, gloves and separated by sheets of plastic on the large tractors and equipment used to transplant tomatoes. The goal is to prevent spreading coronavirus and keep everyone safe.

“A lot of them are like family and we obviously are concerned about their health,” Rominger said. “That’s the primary thing.”

“This is the most essential industry.”

There’s also fear over the future of the food because the millions of tomatoes in the ground now at Rominger Brothers Farms are part of a contract with a cannery. Since restaurants and vendors are continuing to buy less, production may need to be cut. That could result in produce never making it to the cannery and instead becoming waste. One of Rominger’s contracts was already cut.

“We lost several hundred thousand dollars’ worth of income that we’re not going to get,” he said.

For now, several California farmers have to carry the risk and burden of ever-changing demand. And that’s very true among the dairy industry.

“We may have to cut our production back a little bit,” Larry Haworth of Dutra Farms in Manteca said. 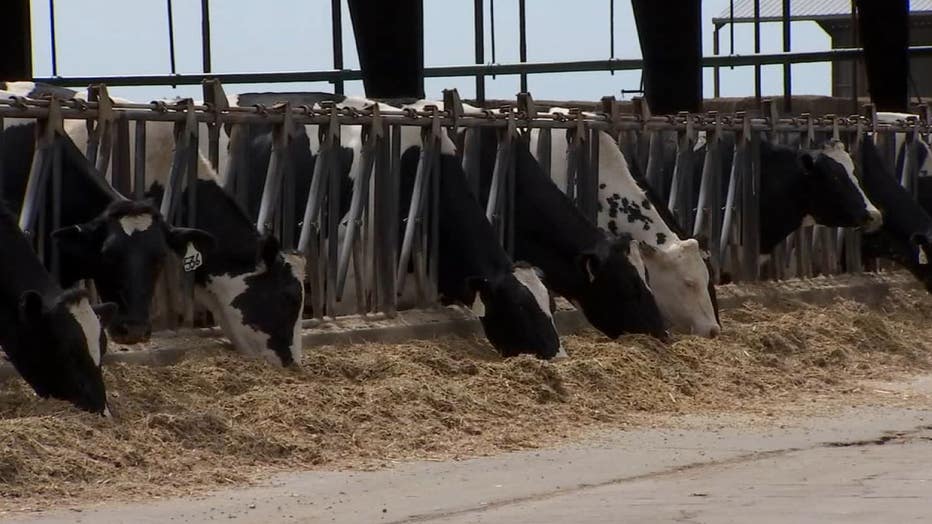 Haworth’s grandfather started his dairy farming business in 1944 with just 28 cows that were milked by hand. Now, he has 1,550 cows that are milked twice a day by a machine. And an acre of land is dedicated to grow feed for each cow to keep them well fed.

The operation at the farm is extensive, scientific, and precise. Up to 10 new calves are born every single day, while the demand for California milk has in many ways dried up.

Right now, school lunch programs have stopped ordering and restaurants have slowed or stopped their purchases. That has led to warehouses becoming overrun with inventory.

Western United Dairies which represents dairy farmers said the worst is yet to come. Some farmers have been forced to spill milk that can’t be processed at production plants.

The fix is shifting the supply chain to grocery stores and food banks, especially since future price estimates show milk, butter and cheese plummeting. Since farms get paid months after production, this summer could result in many farms operating near bankruptcy.

“If we had no insurance on our milk, it would be affecting us very substantially,” Haworth said. “That’s a problem.”

Industry representatives tell KTVU most farmers don’t have insurance and some are trying to sell their cows to the beef market to stay afloat. The problem is the beef market has also become flooded with product.

The cry over spilled milk caught the attention of California’s Secretary of Agriculture Karen Ross, which has since sparked a plan to help shift the supply chain.

“Our farmers this year have gone through quite a shockwave,” Ross said. “They’re working every day to continue the kind of bountiful, nutritious productivity that is the hallmark of California.”

Through a government program, products are starting to be moved from farms to food banks. So far, at least 128 California farmers have participated in the program, with a monthly goal of providing 21 million pounds of food for food banks. The goal is to help keep people fed and provide some financial relief to local farmers.

“This is, in my mind, the most essential industry,” Rominger said. “We have to have food for all of us going forward.”

While most of us won’t notice a big difference in price at the grocery store, it’s still possible to help support local farmers. Industry leaders suggest looking for the “Made in California” seal on dairy products and other produce. 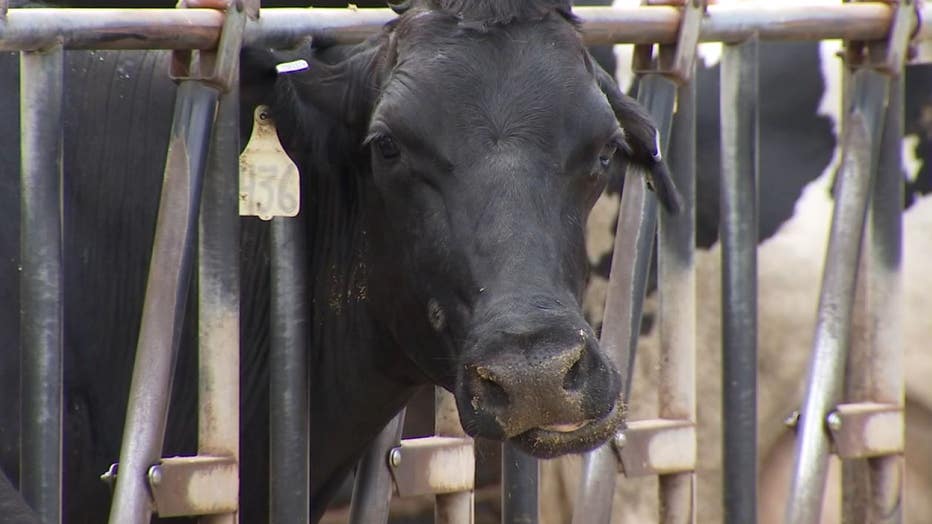