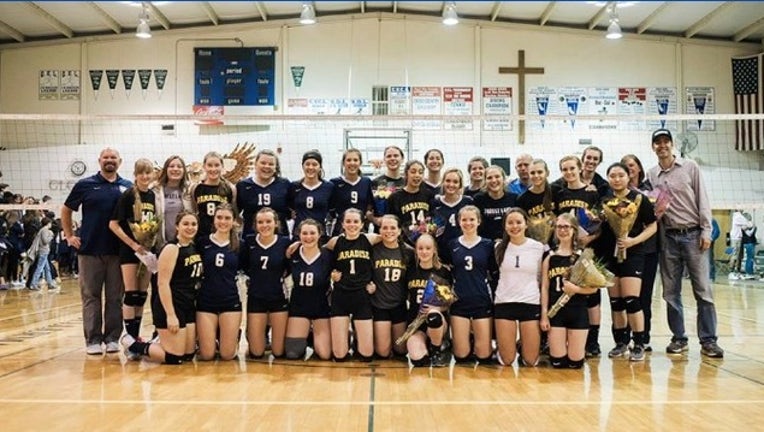 A Paradise girls' volleyball team lost all their equipment in the Camp Fire. Before playing a semifinal match Nov. 10, Forest Lake Christian High School in Auburn got the team new uniforms and raised $16,000 for the Paradise community.

Members of the Forest Lake team asked the California Interscholastic Federation if entrance fees for the game could be used as donations for fire victims instead of going towards admission. The CIF approved the request.

The town of Paradise was incinerated in less than a day. Residents fleeing in panic grabbed what they could, but a vast majority of items were left behind, including the team’s uniforms.

But when they arrived to play on Nov. 10, each player was given a new uniform, knee pads and socks. Additionally, there was a room full of goods for families – many of which had just the clothes they were wearing. The school managed to raise over $16,000 for the Paradise community.

Dinner was served for the fire victims and at the end of the game the Paradise coach was presented with $300 gift cards for each player and family.

Watch: Video captures the moments leading to the gesture