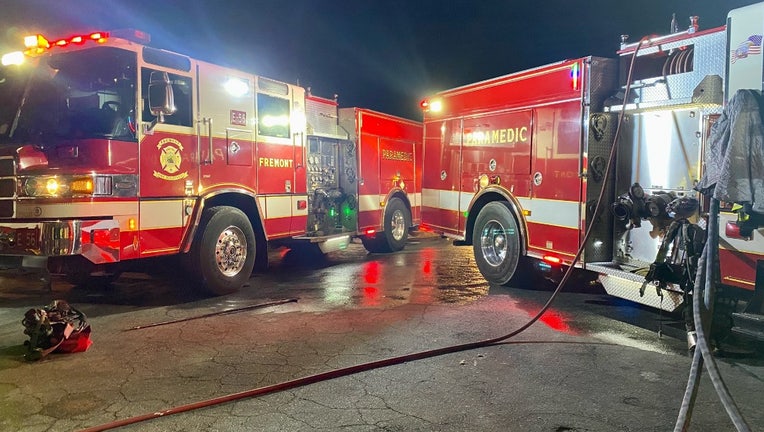 FREMONT, Calif. - A house fire in Fremont killed one person Saturday night and injured three more, according to the Fremont Fire Department.

Firefighters responded to a 7:17 p.m. report of a fire at 4111 Bacinada Court in the city's Cabrillo neighborhood.

Upon arrival, crews found heavy fire blowing out of the garage of a one-story house, with two vehicles fully-involved and a neighboring home threatened by the flames, according to a social media post by the department at 12:31 a.m. Sunday.

Prior to the arrival of firefighters, three residents had escaped from the house, suffering from burn injuries and smoke inhalation. They were taken to a local hospital.

After learning of an adult trapped inside the residence, firefighters made rescue efforts and found and removed the person inside the home. That person died at the scene, according to the post.

The two-alarm fire is under investigation and was extinguished within 30 minutes after crews arrived.