Attempts to reach survivors have been hindered by temperatures below freezing and close to 200 aftershocks, which made the search through unstable structures perilous.

The Bay Area is home to thousands of people from Turkey and of Turkish descent. On Monday, two men spoke about waiting anxiously for news about their loved ones following a massive earthquake.

For those looking to help victims in Turkey and Syria, several organizations are taking donations for money and/or supplies.

Rescuers in Turkey and war-ravaged Syria are searching through the frigid night, hoping to pull more survivors from the rubble.

A 4.2-magnitude earthquake was reported in the Malibu area early Wednesday morning, followed by 3.5, 2.8, and 2.6-magnitude aftershock quakes.

Shane and Jacqui McIntosh were in the process of selling their Rio Dell home when the earthquake struck Humboldt County, causing their home to become unsafe and uninhabitable. 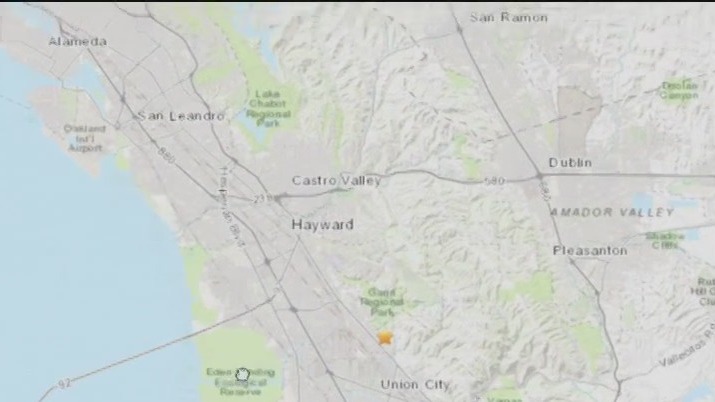 Another earthquake rattled the East Bay on Wednesday, this time in Union City.

Another earthquake rattled the East Bay on Wednesday, this time in Union City.

In times of disaster, it’s no surprise the community of Rio Dell has come together to provide aid to people impacted by Tuesday’s magnitude 6.4 earthquake.

Nathan Scheinman said he thought the "world was coming unhinged" when he was violently woken up by a 6.4-magnitude earthquake that shook Humboldt County.

A highway buckled and a bridge was damage. Shampoo bottles toppled, and so did a coffee maker. Glass was strewn and storefronts were damaged following a 6.4-magnitude quake in Humboldt County.

An earthquake shook San Leandro Wednesday morning. This comes after the 6.4 quake struck further north in Ferndale on Tuesday.

Thousands of people remained without power in Humboldt County following a 6.4 quake. None of the businesses in Fortuna, Calif. were open.

A couple spending their anniversary at the Gingerbread Mansion Inn in Ferndale, Calif., had their celebration cut short by a 6.4-magnitude earthquake.

The MyShake app designed to give a short warning before a quake hits, sounded the alarm early Tuesday morning when an earthquake centered in Humboldt County hit.

Here are some fast facts about Northern California's 6.4 quake.

As bad as Tuesday's North Coast was, it could have been much, much worse.