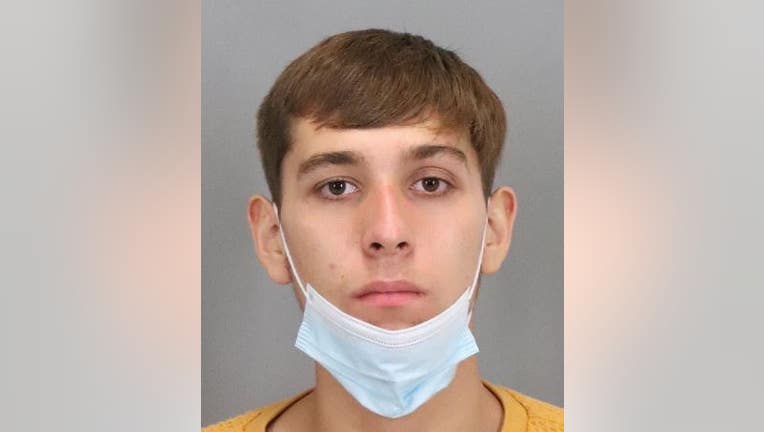 PALO ALTO, Calif. - Palo Alto police announced the arrest of an 18-year-old man in the stabbing of an elderly pedestrian last Friday.

Police say at around 7 p.m. they responded to a medical call of a man down with head injuries at Lytton Avenue and Seneca Street.

A witness told police they saw a teenager fleeing the scene. Arriving officers said the victim, who is in his 80s, had multiple facial wounds.

At around the same time, two women who were later identified as the suspect's family members, said they had received a call from the suspect and that he needed a ride and gave his location via GPS over his smartphone.

The police investigation, which included surveillance footage, led them to the 400 block of Garden Street. That's where they took Andrew McMenomy-Cortez of East Palo Alto into custody without incident at his home at about 8:23 p.m., police said.

Police said the suspect approached his victim on the sidewalk and struck up a conversation before the attack. Police did not say what kind of weapon was used in the assault, nor did they indicate if a weapon was found.

The motive in this case is unknown and does not appear to have been a robbery since the victim, who remains in the hospital, was not missing any property.

The victim suffered major wounds to his face and neck.

The suspect was booked into Santa Clara County Main Jail for assault with a deadly weapon and elder abuse. Both are felonies.