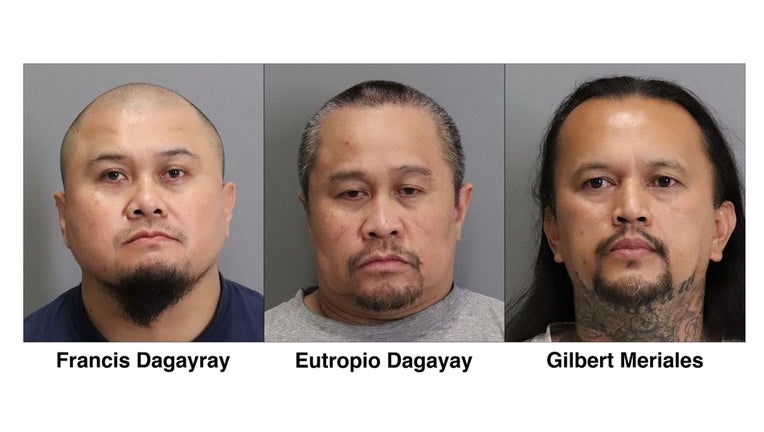 SAN JOSE, Calif. - Three men have been charged in connection with a murder case from 20 years ago in San Jose, the Santa Clara County prosecutors said Thursday.

Eutropio Dagaray, 47, Francis Dagaray, 45, and Gilbert Meriales, 45, all from San Jose, have been charged with murder and related crimes in the stabbing on Halloween in 2001, prosecutors said.

The three were scheduled to be arraigned on Friday in San Jose and face life in prison if convicted.

On Oct. 31, 2001, the three defendants, who prosecutors say were members of a gang, attacked two men in front of an apartment complex on Avalani Avenue.

Nhin Phi Ha, 22, was stabbed to death in the attack, and the other man was badly injured.

The case went unsolved for several years until San Jose police and District Attorney's Office investigators were able to put together evidence with incriminating statements from cooperative witnesses, prosecutors said.

The three men were arrested on Oct. 6.