20 tenants had to be rescued from an apartment building in San Francisco's Tenderloin neighborhood after a fire in the building Saturday morning. 15 people were treated for injuries, and a total of 60 residents were displaced. KTVU's James Torrez reports.

Smoke billowed from the Sierra Madre Apartments at Leavenworth Street, near O'Farrell Street in the city's Tenderloin neighborhood, at about 6:30 a.m., San Francisco Fire Department said. 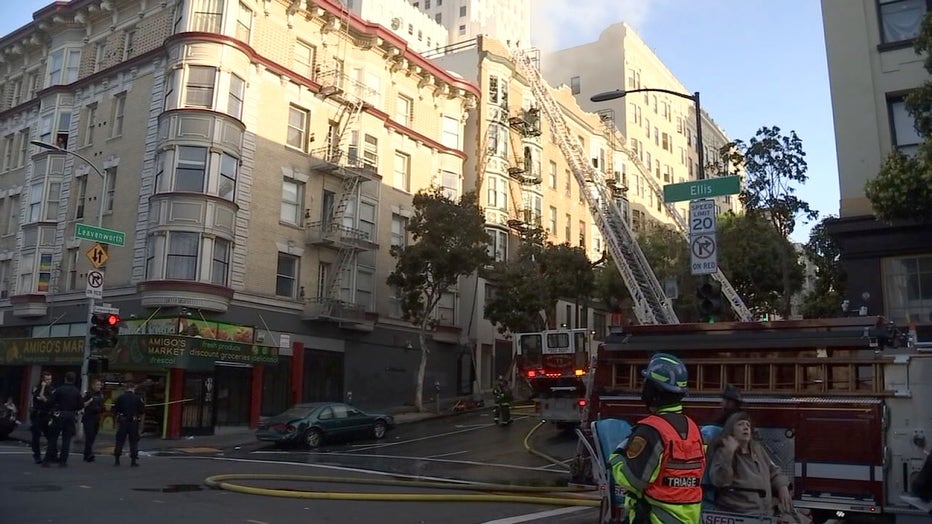 About 20 tenants had to be rescued from the building, and some required medical attention afterwards. Of the building's 49 units, 44 were being rented out.

Fifteen people were injured, with some going to the hospital, including a police officer who suffered some burns. But none of the injuries are considered to be life-threatening. The fire department also rescued about 8 dogs. 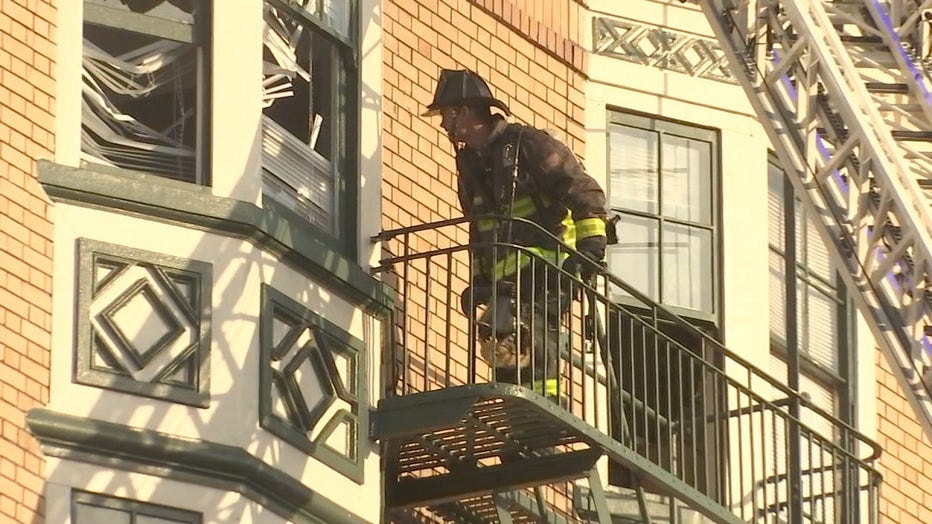 One tenant told KTVU reporter James Torrez, that she and her family just opened their apartment door, and smoke was "everywhere," and that they could no breathe. 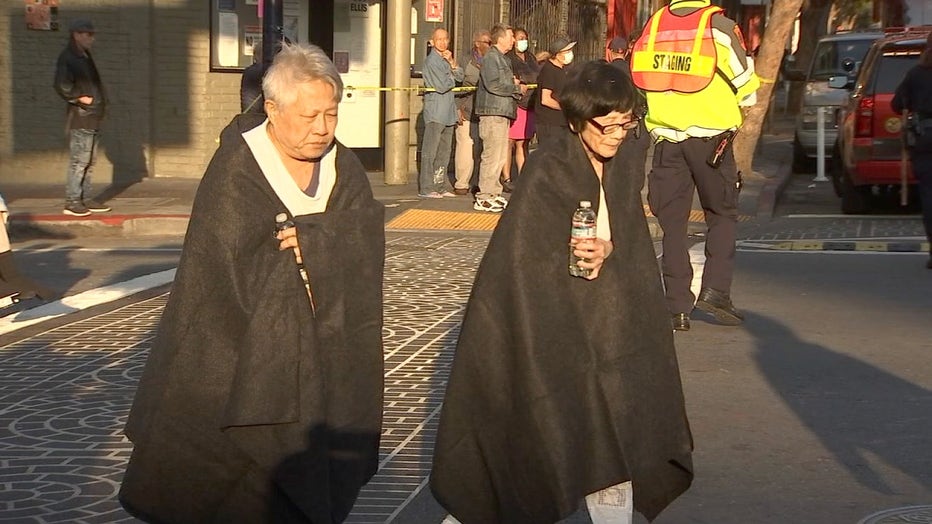 She was worried that her parents were trapped in their apartment, but they were able to make it out safely.

There was no official word yet on a possible cause of the fire. 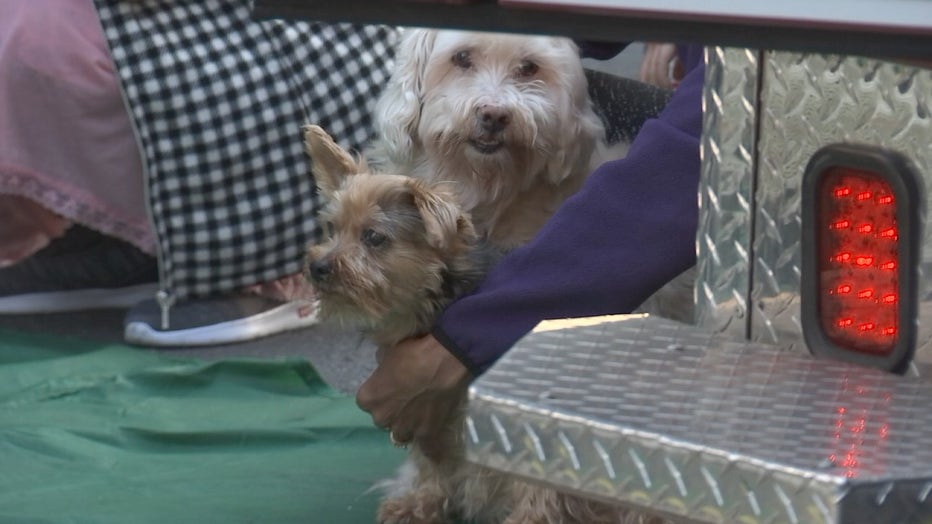 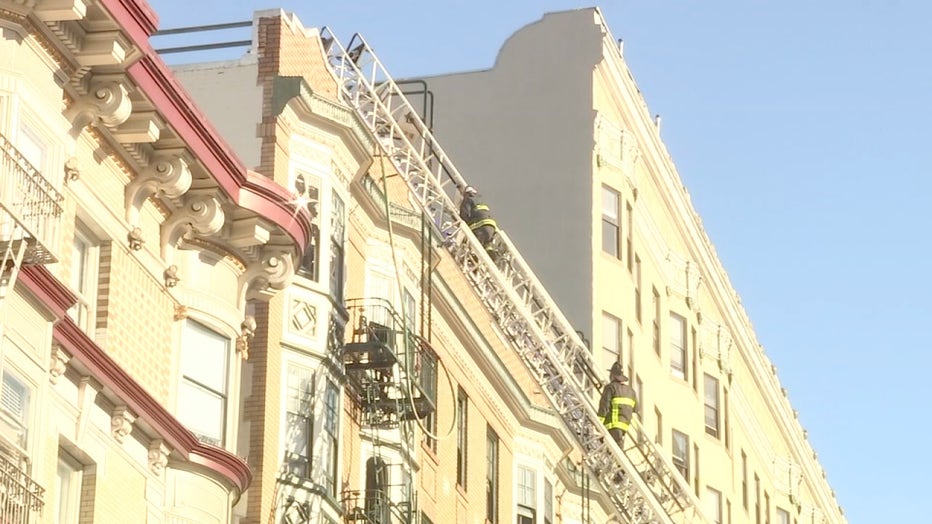 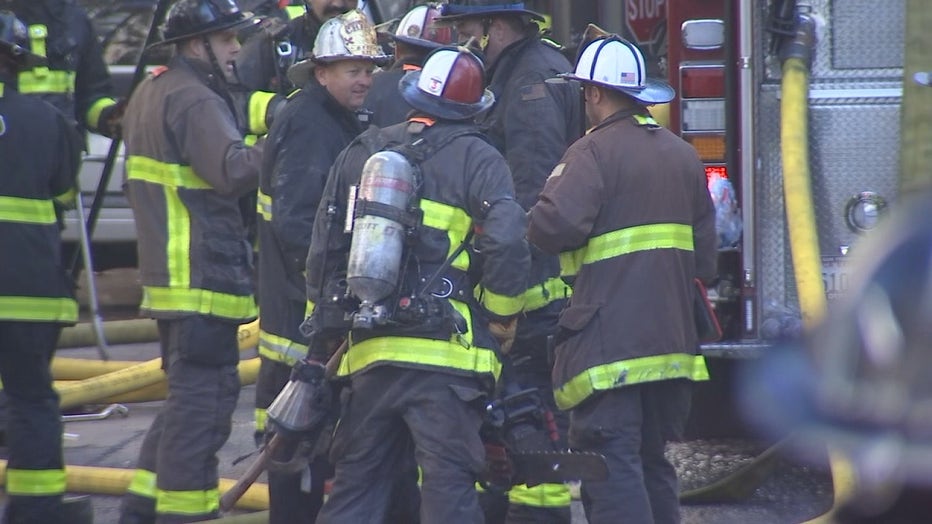 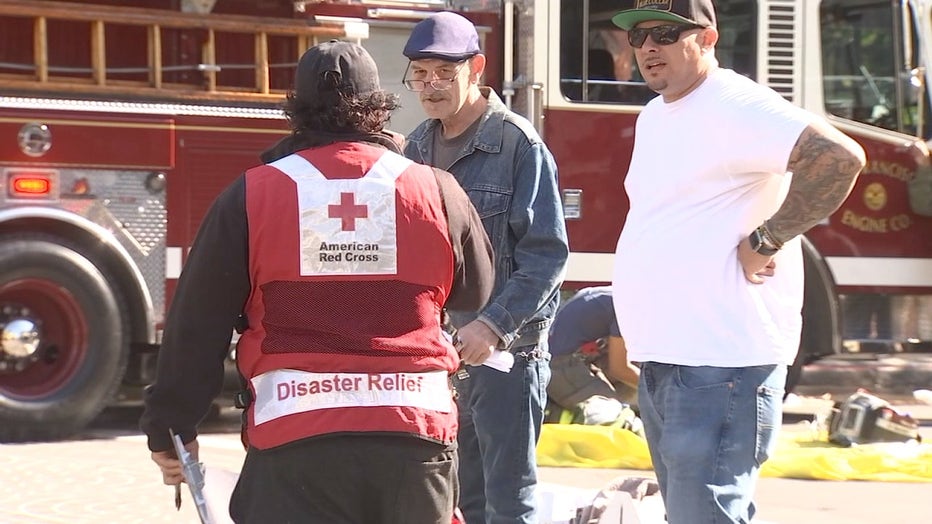 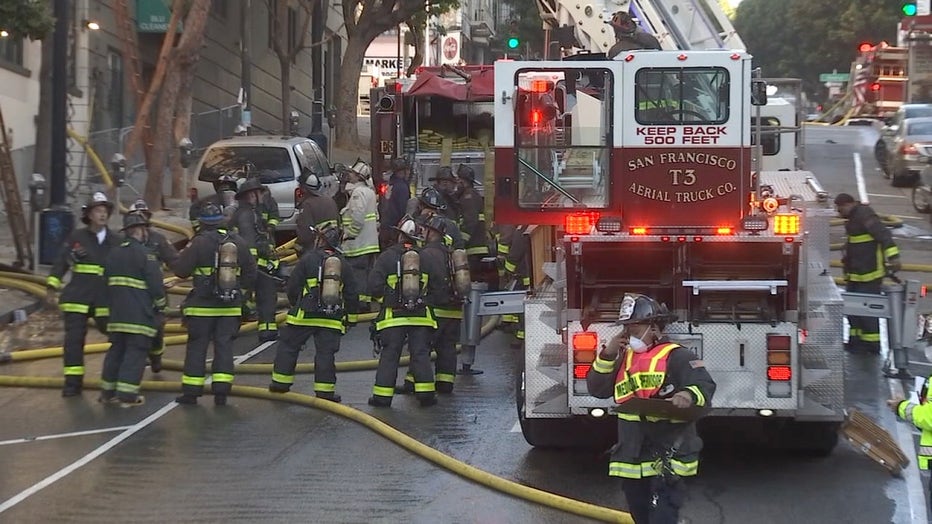 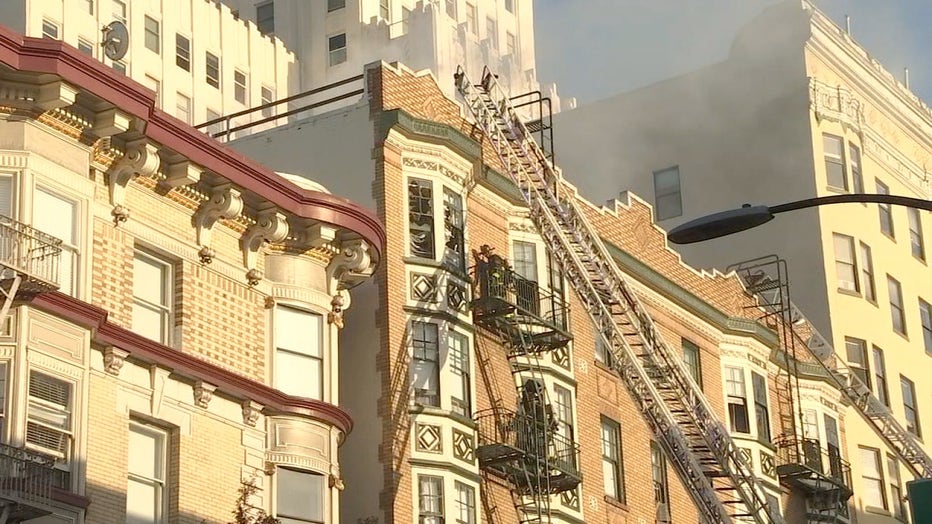