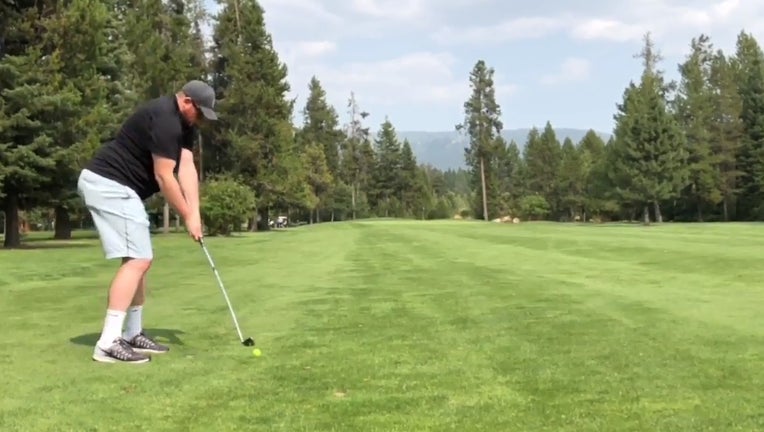 SAN FRANCISCO - A San Francisco advocacy group for homeless people warned Monday that more than 50 people living in their vehicles near the TPC Harding Park golf course would be displaced as a result of parking restrictions during the upcoming PGA Championship.

From Monday through Aug. 12, vehicles will not be allowed to park
along both sides of the 700 and 800 blocks of Lake Merced Boulevard due to the tournament.

Members of the Coalition on Homelessness argued that the
tournament, already rescheduled due to the COVID-19 coronavirus pandemic, will not draw crowds large enough to necessitate a two-block street closure.

The PGA Tour announced in March that the 2020 PGA Championship would be postponed from its original date in May due to the COVID-19 coronavirus pandemic. The tournament has since been rescheduled to Aug. 6-9 and will take place without fans.

"This is just about the worst policy action I can imagine the city
taking in this situation," said Armando Garcia, a human rights organizer with the Coalition on Homelessness. "They want people ... to disperse across the city, putting the minimal stability that they have at risk and risking potential conflict with housed neighbors."

The coalition also argued that people living in their vehicles
along the street had 72 hours to find another location where they could park during the 17-day closure.

A spokesperson for San Francisco's Recreation and Park Department, which manages TPC Harding Park, did not immediately respond to a request for comment.