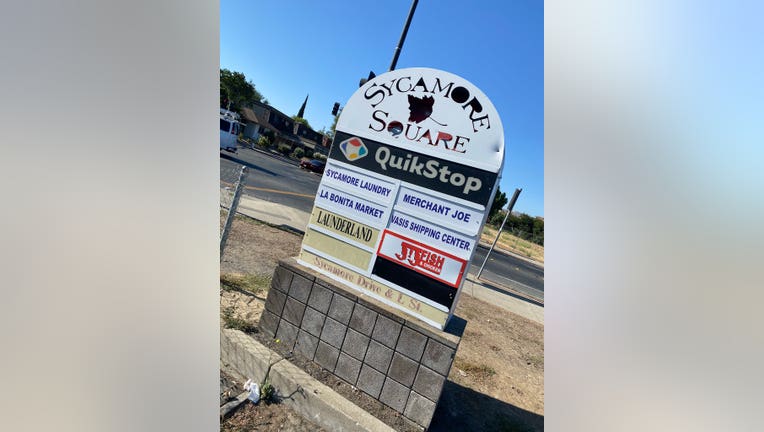 Antioch Lamar Thorpe on Twitter: "Mon at 11am press conf unveiling a crime prevention package focused on taking youth off streets by providing them with employment. I’ll also be putting the property & store front owners on notice, I’m prepared to

ANTIOCH, Calif. - Antioch Mayor Lamar Thorpe called out property and business owners along the Sycamore Drive corridor for tolerating open drug dealing and providing shelter to "other illicit activities" in a Monday press conference where he declared, "It's over!"

"We're no longer waiting for things to get better at places like Sycamore Square, like Bonfare Market, Romi's Liquor Store and other places that have been trouble spots for over 30 years," Thorpe said.

Thorpe put local property owners and businesses on notice, saying that "if you are uncooperative, or aren't proactive in abating drug activity... then the city will declare you a public nuisance under the California Health and Safety Code and we will use the full force of the city attorney's office to condemn your property via eminent domain."

Unveiling a new youth job initiative aimed at getting local teens off the street and into paying employment, Thorpe appeared with City Council members Tamisha Torres-Walker, Lori Ogorchock and Monica Wilson to announce a new partnership with the county probation department that has agreed to provide matching funds to boost the city's Build Antioch Design Internship program. Ed Randle, a field services director for the county probation department, also appeared to announce the agreement reached with Esa Ehmen-Krause, the chief probation officer.

Thorpe said he insisted on one condition with the county agreement.

"It's got to open an office right here at this Sycamore shopping plaza", where the property owner has agreed to provide free space.

The mayor told the small gathering that he had spent the past week "talking with storefront owners, residents, employees and even people involved in illicit activities. These people are clearly mostly youth, young adults and it's heartbreaking for anyone who has children."

Torres-Walker, who represents the neighborhood on the City Council, noted that "youth programs increase the quality of life in our community. I know how hard it is to tell someone to put down their gun and stop participating in the underground economy. But, if we're not prepared to offer them real jobs and real opportunities, we will fail. It can take a while to change a community to change a culture."

"We're done playing games anymore," Thorpe said. He warned property owners that "the Antioch Police Department isn't a private security company. Property owners have responsibility to keep their properties secure. Residents must not be held hostage in their own homes."