San Francisco, California - BART, the Bay Area Rapid Transit District, is celebrating its 50th anniversary as it struggles to regain the ridership ripped away from it by the pandemic.

Its legacy is a story of the triumphs, trials and tribulations of a transit system that set the standard for modern urban rail systems worldwide.

"The decade of the 1970s is the decade of transportation alternatives. But the first large scale breakthrough in moving great numbers of people rapidly and economically is the San Francisco Bay Area Rapid Transit system commonly called BART," according to a 1972 BART film.

BART was the first modern transit built in 60 years. 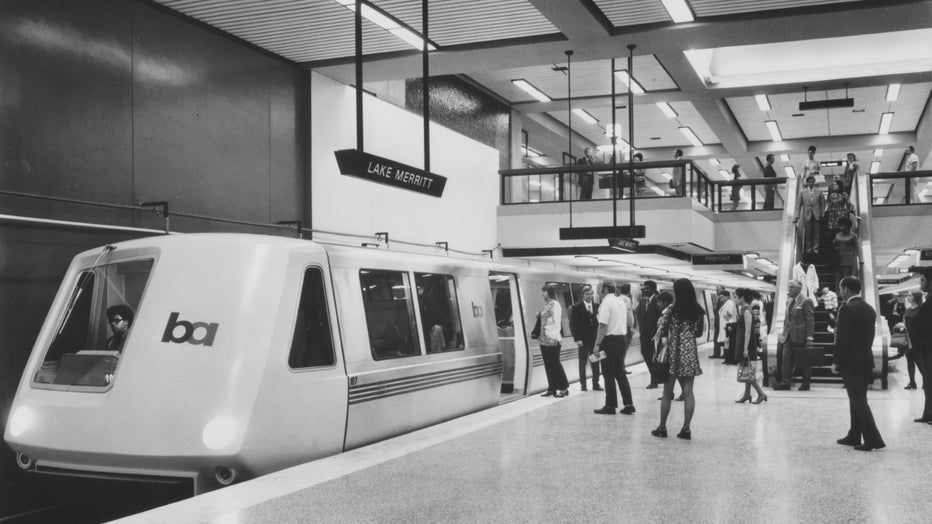 "It was a catalyst for a Renaissance in rail transit in this country and actually in other parts of the world as well. People were watching BART," said Mike Healy, who was not only BART's very first public information officer, but he later wrote the definitive book on BART's history.

"Behind the metallic phenomena is a deliberate plan, ambitious in concept and looking 50 years into the future," according to the 1972 BART film.

At first, it was only in the East Bay from Fremont to Oakland.

"It took a long time for the ridership to build up.  The original estimate, when the total system, the entire 75-mile system was completed, was about 250,000," Healy said.

The key feature to its future, the Transbay Tube would take until the fall of 1974 to unite the system and change everything.

"The Transbay Tube, 130 feet below the choppy water of the Bay, was one of the most ingenious construction projects on the system," said the film. 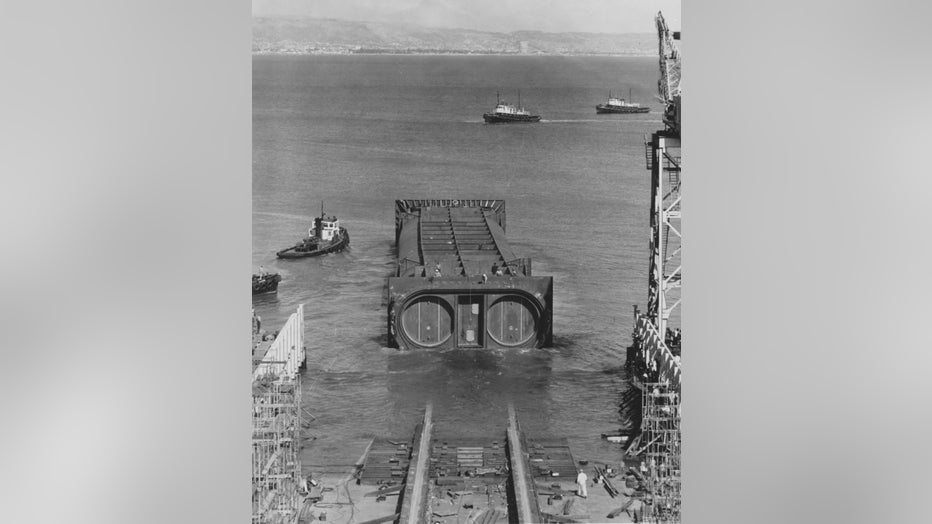 1965: Construction of the Transbay Tube begins. Fifty-seven steel sections are constructed and then sunk in place on the bottom of the bay. (Courtesy: BART)

"We know because the skyline today and compare it with what it was like then along Market Street. It's like a new world. Billions and billions of dollars in new construction; new buildings, new offices," said Healy.

By the late 1970s, riders finally seriously began 'BART-ing.' "Without the Transbay Tube, there would probably be no BART," said Healy.

Over the decades BART has had its run-ins with unions and sustained strikes.

But, the partnership has worked as contracts have carried BART through numerous elected and often political board of directors, said Healy.

"Unions have been really necessary for BART. They've been great. Yes and I think they've been critical to BART's success," Healty said. 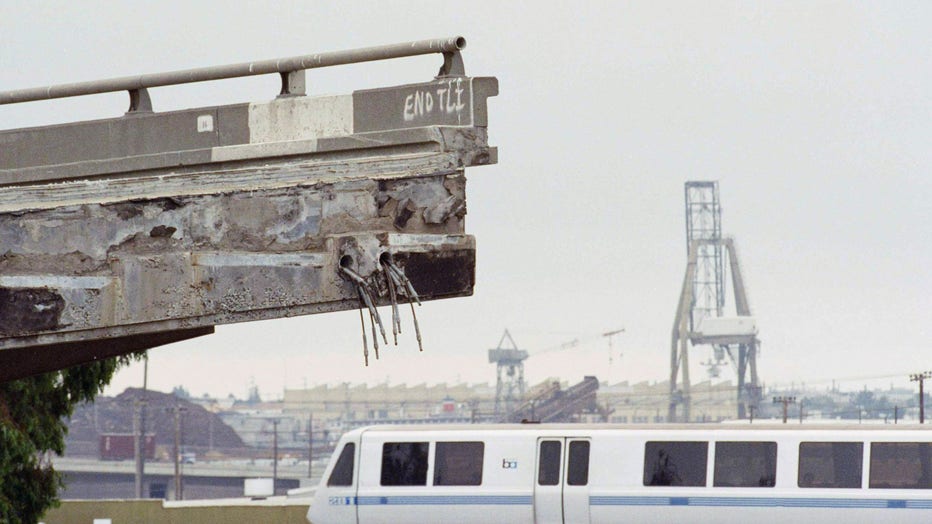 BART's darkest day came on New Year's Day in 2009, when a BART police officer, saying he mistakenly reached for his gun instead of a
Taser killed 22-year-old Oscar Grant at Fruitvale Station.

The officer was convicted of involuntary manslaughter and sentenced to two years in jail minus time already served.

"That was a very hard lesson for BART and for everyone in the community for that respect, and it was a tragedy," said Healy.

But it led one of the first police departments to require that officers wear body cameras, citizen oversight, an Independent Police Auditor, a Citizen's Review Board and a Progressive Policing Bureau of non-sworn Transit Ambassadors and Crisis Intervention Specialists.

The pandemic and the collapse ridership remains a work in progress.

A review of BART record shows that in 50 years BART has carried some 3.5 billion passengers.