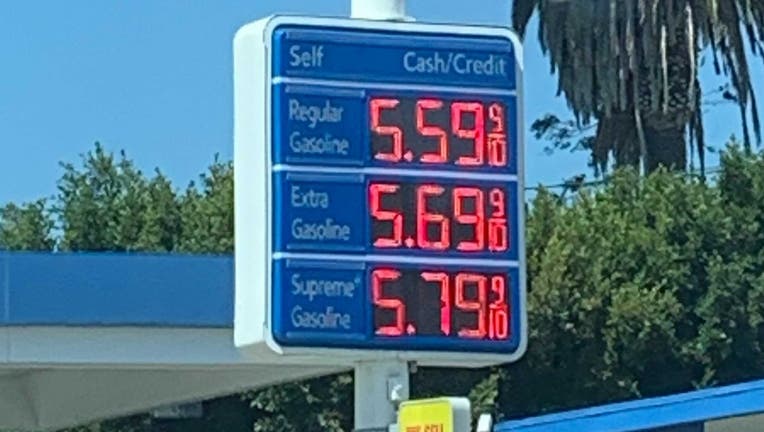 OAKLAND, Calif. - Gas prices in California reached an all-time high on Monday, with prices in the Bay Area even higher, hitting new records of their own.

Statewide, the average climbed to $4.68 for a gallon of regular unleaded, according to the latest figures from the American Automobile Association (AAA). That’s $1.27 higher than the current national average of $3.41.

California remained at the top as the most expensive market in the country.

Figures also showed California was among the top states that saw the biggest weekly increases, with the average for regular unleaded up 6 cents from the previous week.

SEE ALSO: Gas prices will continue to climb, but how much?

And here in the Bay Area, where prices have historically been among the highest in the state and the country, Monday brought new record highs in many locations.

Prices at the pump have been on an upward trend in recent months as U.S. consumers have faced the steepest inflation in more than 30 years.