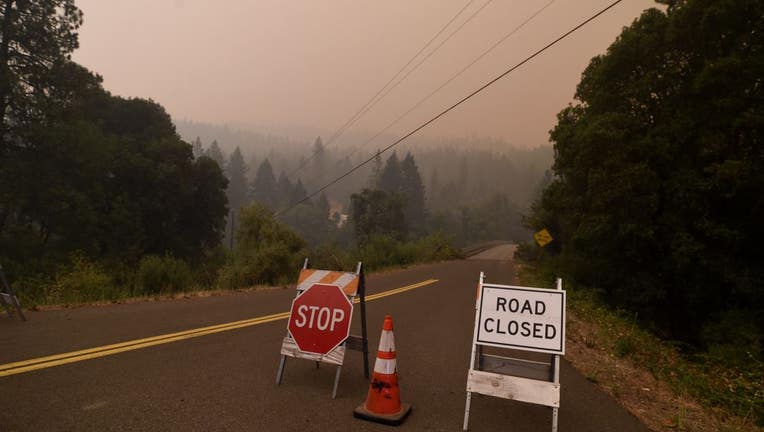 Soobleej Kaub Hawj, 35, of Kansas City, Kansas, was driving a pickup truck loaded with guns and 132 pounds of marijuana when he ignored orders to turn west onto a main road at a checkpoint June 24 as a lightning-sparked fire threatened a rural Big Springs area near the Oregon border, District Attorney Kirk Andrus said.

The blaze forced thousands to flee.

Hawj, who had both amphetamines and methamphetamine in his system, pulled a .45-caliber handgun and pointed it at a law enforcement officer, causing other officers to open fire, Andrus said in a letter to law enforcement agencies explaining his decision, the Sacramento Bee reported.

Hawj was struck several times in the head, chest, arms and legs. In addition to the handgun and the marijuana, investigators found another handgun and two loaded assault rifles with large magazines, the letter said.

The shooting sparked accusations that racism played a role in the shooting of Hawj, who was a member of the Hmong ethnic group.

Authorities last year said the Mount Shasta Vista subdivision in the Big Springs area had as many as 6,000 greenhouses illegally growing marijuana, with the farms mostly run by people of Hmong and Chinese descent.

The county has tried to crack down on the illegal grows, in part by prohibiting trucked-in water deliveries to Hmong farmers who run illegal operations.

The growers sued and last fall a federal judge issued a temporary injunction against the ban, saying the practice raises "serious questions" about racial discrimination and leaves the growers without a source of water for drinking, bathing and growing food.

In his letter, however, Andrus said the fire checkpoint wasn’t being used to find marijuana but merely to get people out of an area endangered by the fire. Hawj, however, may have thought he would be stopped and searched, Andrus said.

"He had a cash crop in the back of his truck that he apparently was willing to defend," Andrus wrote. "He may have had the misapprehension that residents were being funneled into an area where they would be searched for marijuana. He would have been wrong."

Hawj also had an arrest warrant out of Mesa County, Colorado, where he was wanted for marijuana and firearms felonies, the newspaper said.