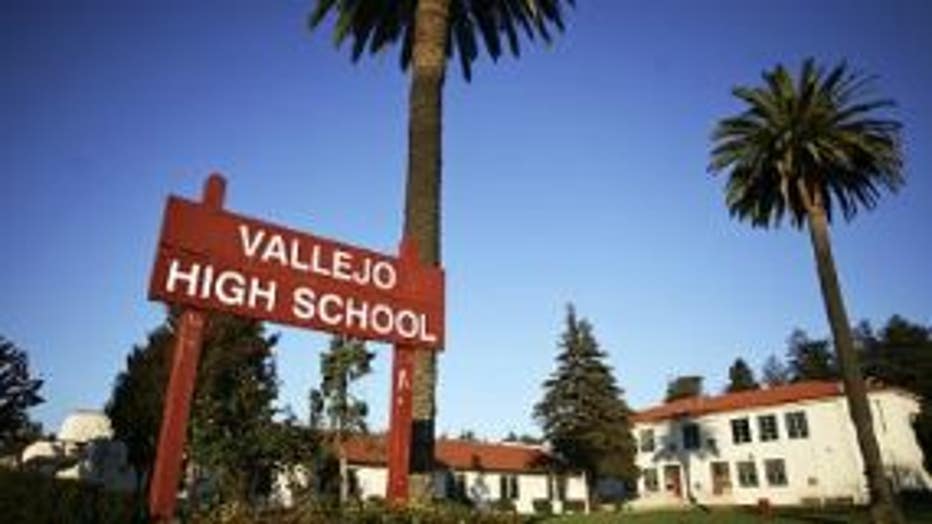 A district spokesman told KTVU the decision was made last Friday and taken out of an abundance of caution.

"There was a confirmed case of a student with COVID-19, and a suspected case of another student (which has since been confirmed), at Vallejo High School," Vallejo Unified School District spokesman Stephen Nichols said in a statement.

Nichols said that after a review, which included comprehensive contact tracing, district officials determined that the two students who tested positive could have conceivably exposed half the campus.

The shutdown came within only a couple of weeks after Vallejo High School (VHS) students returned back to the classroom since schools were shut down by the pandemic. Last month, high school students began attending courses under a hybrid model, according to district officials.

They said that the closure was part of the protocols set in place when the district decided to bring students back and that the system was working. Any time there is a positive case among students, officials conduct a review and decide how to proceed based on each individual situation.

Nichols pointed to a recent incident in which a student athlete at Jesse M. Bethel High School tested positive for the virus.

"In that case our testing showed one student was positive with COVID-19, but that student was not an on campus/hybrid instruction student, rather they were permanently participating in our Distance Learning program for this semester," Nichols explained. "While we took the appropriate steps ensuring safety for that sports team, we didn't need to return all of Bethel on DL," he added.

Because of the level of contact in school sports, the district has been testing all of its athletes as a matter of protocol, officials said, adding, "There is good news as it relates to VHS athletics: during our last routine screening (last Thursday), all of our athletes at that school tested negative for COVID-19."

The students who tested positive at VHS were not athletes, and the cases were reported directly to school officials.

The district said that with the classrooms empty, it was taking the opportunity to deep clean the campus.

Officials planned to notify families on or before Friday on whether students will resume on campus instruction next week.