The occupant of the vehicle survived, rescuers say.

MONTARA, Calif. - Firefighters successfully rescued a driver who went over a coastal cliff along Highway 1 near Devil's Slide Thursday morning.

The accident, which was reported around 8:20 a.m., involved a vehicle that had left the roadway and down a cliffside.

It took crews a few minutes to establish a rope system to repel down to the vehicle. A stretch of Highway 1 was closed during the rescue operation. 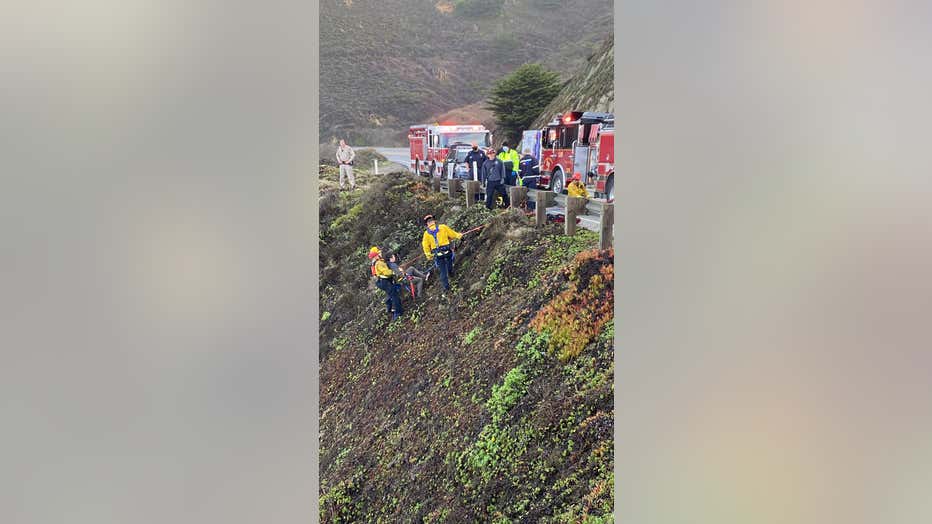 Once near the vehicle, firefighters discovered the driver was alive and in stable condition.

Around 9:30 a.m., the driver was safely recovered, and crews were working to remove equipment and reopen the roadway. By 9:40 a.m., the roadway had reopened.

There's no word yet on what caused the car to go over the cliff.

This is not the first time a vehicle has gone over the cliff. Last year, dash-cam video captured a SUV plunging off a nearby cliff on Highway 1.

Authorities are still searching for the driver of a SUV that drove off a cliff in San Mateo County. Video of the incident was released as it was captured on another driver's dashboard camera.