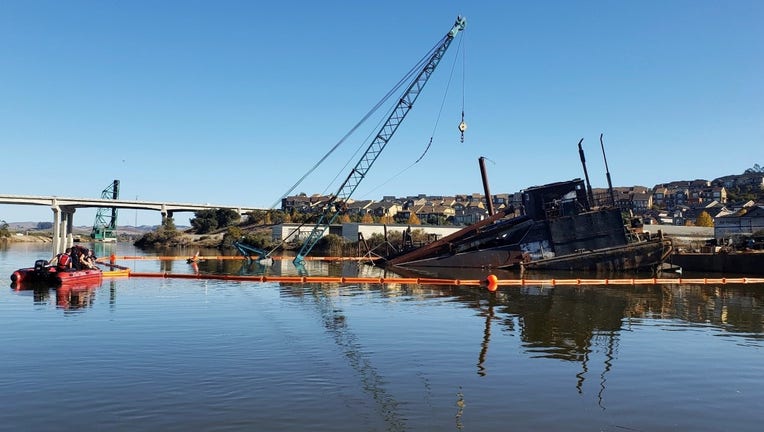 PETALUMA, Calif. - Actions to limit a potential spill of petroleum products from a barge sinking in the Petaluma River were under way Sunday, and are expected to result in an "extended incident" involving multiple agencies and a coordinated plan to recover the barge, Petaluma Fire Department officials said Sunday afternoon.

The sinking barge was first reported about 10 a.m. Sunday adjacent to Heritage Salvage about a quarter-mile north of the U.S. Highway 101 overcrossing of the river, Petaluma Fire Battalion Chief Chad Costa said in a statement.

When emergency personnel arrived, the diesel fuel on the barge had been removed, but an unknown volume of lubricants and other petroleum products were still aboard. 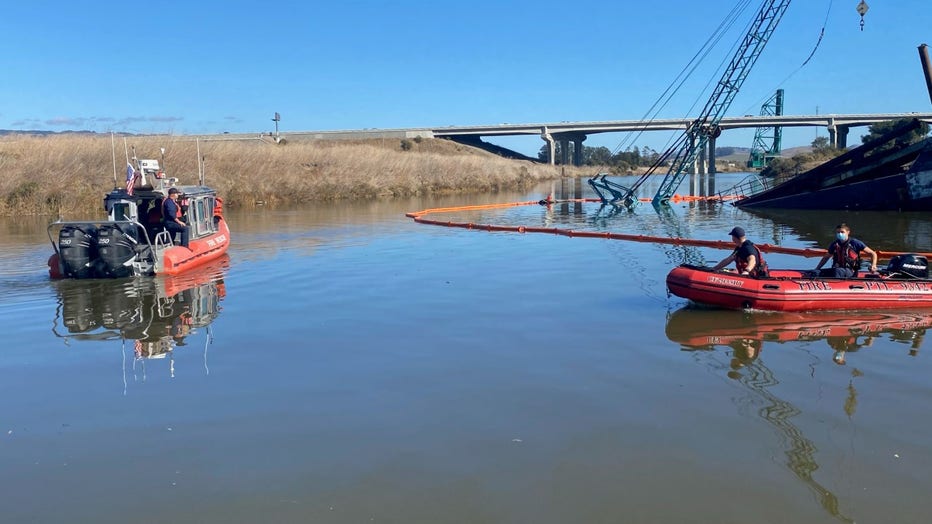 Responders from the Petaluma and North Bay fire departments set up containment booms around the sinking barge to contain any petroleum leaks and limit their spread, Costa said.

No one was injured, and it isn't known how long the containment booms will have to remain in place.

Petaluma police, state Fish and Game and Environmental Protection Agency crews, along with the U.S. Coast Guard, were called to the scene Sunday.