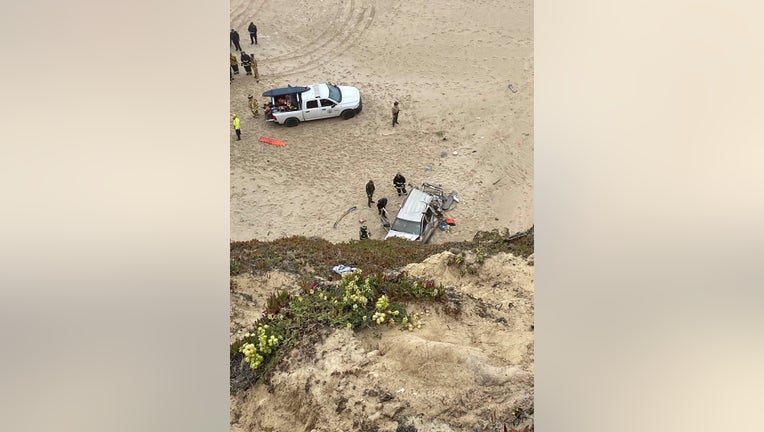 Cal Fire CZU tweeted out photos of the scene.

A woman is dead after her vehicle went over a cliff at Pescadero State Beach and landed on the beach Wednesday morning.

The California Highway Patrol said it was a person walking along the beach who noticed the vehicle.

Authorities said the woman was driving a GMC Yukon on Highway 1, when the truck left the roadway and went over the cliff, eventually landing on the beach.

Officers said the woman, who is from the Modesto area, was not wearing a seatbelt and was ejected from the truck. She was pronounced dead at the scene.

On Tuesday, another fatal crash occurred along the San Mateo County coast on the same stretch of Highway 1. The victim in that crash was also not wearing a seatbelt.