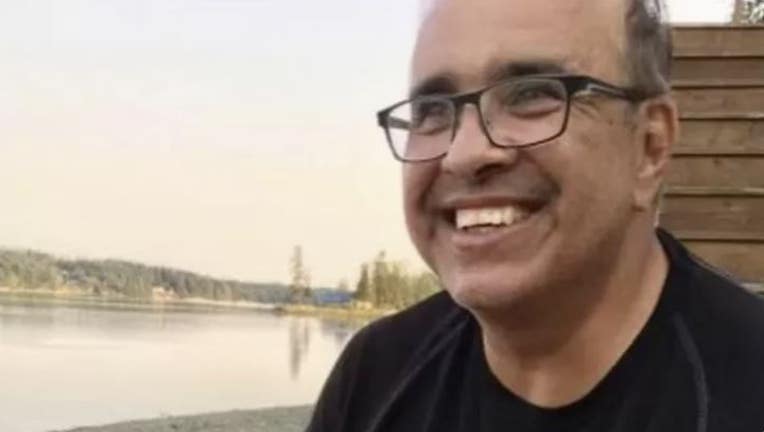 The family of a beloved East Bay doctor has launched an effort to raise money for a scholarship fund in his name. (GoFundMe/Armando Samaniego Memorial Scholarship Fund)

LAFAYETTE, Calif. - The family of a beloved East Bay doctor, who died last month, has launched an effort to keep his legacy alive by starting a scholarship fund in hopes of transforming young people's lives.

Dr. Armando Samaniego, affectionately known to many as "Dr. Sam," died on May 21 after suffering a cardiac arrest.

The Harvard Medical School graduate was a well-known physician who founded the STAT MED Urgent Care clinics with the first of four locations opening in Lafayette, where he lived.

"Those who met him were struck by his abiding warmth and his generous heart and spirit," his family shared in his obituary.

Samaniego was an active member of his community and was widely loved and respected by his patients, friends, and colleagues. He practiced medicine with the belief that all people deserved high quality medical care regardless of wealth or standing.

In that vein, he also valued the importance of higher education. In a letter to STAT MED Urgent Care his family paid tribute to Dr. Sam, saying, "He encouraged higher education and continuing education and often hired those who planned to go on to become physicians, nurses, or physician assistants."

His wife said it was a dream she shared with her husband to set up a fund to help do away with financial barriers that prevented many students from pursuing a degree in higher education.

Lissett Samaniego wrote, "Armando and I understood that attaining a higher education is one of the biggest steps a person can take to pull themselves out of poverty. And you never know where that first step might lead."

Cal State East Bay officials said they were humbled by the fact that the Samaniego family was thinking about others during this time of heartbreak and loss. Armando Samaniego was a son of immigrants and a first-generation college graduate. And officials noted that the scholarship fund would honor and celebrate the late doctor for the paths he paved.

"The creation of this memorial scholarship will support Cal State East Bay students, focusing on those who are first in their families to go to college, which surely would make him proud," said Cal State East Bay Vice President of University Advancement Evelyn Buchanan. "Years ago, Dr. Samaniego, a first-generation student himself, came to Cal State East Bay and a professor encouraged him to continue his higher education journey, which ultimately led him to Harvard Medical School. Through this scholarship, Dr. Samaniego’s wife, Lisette, ensures that her husband makes a difference for others in the same way."

On GoFundMe, Lissett Samaniego said, "Armando and I understood that attaining a higher education is one of the biggest steps a person can take to pull themselves out of poverty. And you never know where that first step might lead."

She also shared a seminal moment in her husband's life that fed this desire to help others get to that first step.

It was when her husband was an undergraduate student at Cal State University, Long Beach and was "lent an unexpected hand" from an admired advisor. When that advisor, "Dr. Marcy," learned his student was interviewing at Harvard Medical School, he was asked whether he knew what he was wearing for the meeting.

"In true Armando fashion, he told him he hadn’t thought about it much," Lissett Samaniego recalled, adding, "Dr. Marcy intuited that Armando likely did not have a business suit yet, much less the type of long wool coat that one would need to survive a Cambridge winter. So he told Armando to follow him to his closet, where he proceeded to have him try on various suits, ties and finally a long thick London Fog wool coat."

This demonstration of kindness and generosity would be one he would remember for the rest of his life.

"This kind professor, let Armando borrow a business suit and a proper winter coat so that Armando would be properly dressed for his interview," Lissett Samaniego remembered, adding, "Armando never forgot that gesture and someday he planned to pay that gesture forward."

This was what was in the heart of her husband, Lissett Samaniego shared, to help others in the way he was helped.

This approach was evident in the life he led, not only as a physician but a father and contributor to his community.

He actively participated in his sons’ Boy Scout troops over the years and was also the team doctor for Campolindo High School in Moraga and the Lamorinda Rugby team, as well as serving as a pre-med college advisor at St. Mary’s College in Moraga.

He had also recently been installed as board president of the Urgent Care Association (UCA). In a tribute to the late doctor, the association remembered Dr. Samaniego for his enduring commitment and dedication.

"Armando was selfless, generous, extremely caring, and a true advocate for the Urgent Care community," the association said, also noting his dedicated work to establish the association's Commission on Diversity, Equity and Inclusion.

The association also praised his commitment to creating pathways for equitable and accessible health care, saying, "His mission was to provide top quality immediate care alongside an outstanding patient experience – for every single person, every single day."

In a Facebook post last week, his wife shared a touching photo of the smiling dad with his sons. She said that some have reached out to her about ways to honor her husband’s memory.

And this was what she offered:

And for those who wanted to keep his spirit alive in a "more tangible and immediate way," she invited them to contribute to the life dream he had to help young people a means to making that "first step."

"You never know where that first step might lead. It might lead that person to become a doctor, or nurse, or a physical therapist, or lawyer," she shared on GoFundMe, adding, "We dreamed about transforming lives the way our lives had been transformed by that important first step-- attaining a higher education."

And she thanked those who were helping to bring her late husband's dream to fruition.