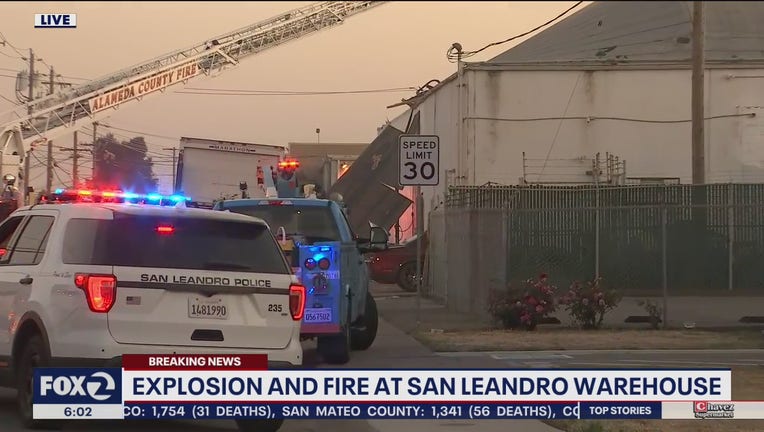 SAN LEANDRO, Calif. - San Leandro police and firefighters were on scene early Thursday morning after they responded to a fire and explosion sparked by butane and honey oil.

Lt. Ted Henderson said the incident was reported about 4:30 a.m. on Timothy Drive near Interstate Highway 880 and Williams Street at a building where the roof appears to have blown off. There were plants and butane tanks inside.

The explosion was very "violent" and debris was sent far into the distance, Henderson said.

Honey oil, or hash or cannabis oil, is obtained by the extraction of cannabis or hashish. Manufacturing this product by extracting marijuana resin to produce concentrated cannabis by means of butane is illegal in California.

Four people were inside the building at the time. Two were arrested and two were detained, Henderson said. One of the people was seen being transported away in an ambulance.