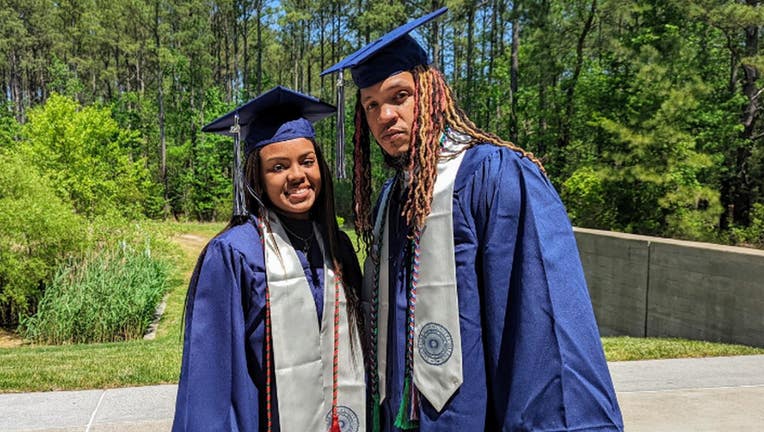 NORFOLK, Va. - A father and daughter from Portsmouth, Virginia, are now bonded by their college graduations from the same school and on the same day.

Marvin Fletcher, a retired U.S. Marine and Army veteran, told Fox News Digital that he was shocked when he found out that both he and his daughter SaNayah Hill, 17, would be graduating from Tidewater Community College at the same time.

In a phone interview, Fletcher said he felt overwhelming pride when he learned that his daughter had completed her career studies certificate in emergency medical service as a dual-enrollment student — before even finishing her junior year at Deep Creek High School.

"I’m just grateful for the opportunity that TCC afforded myself, as well as other veterans, and my daughter," Fletcher said.

He earned his associate's degree in applied science in management after serving for four years in the Marine Corps and eight years in the Army.

Fletcher added, "I'm humbled and honored to have served. And I like the fact that my daughter wants to serve in the medical field in her own way."

The father-daughter pair completed their graduation march on Monday, May 9, at the Chartway Arena in Norfolk, Virginia.

The younger graduate told Fox News Digital that she was "speechless" when she heard that she’d be walking in the same graduation ceremony as her own dad.

"I didn't really know what to say about the situation because it's almost unheard of," SaNayah Hill said. "But it was definitely very interesting and I was definitely excited about the whole experience."

Due to their different degree programs, dad and daughter hadn’t bumped into each other on campus because their classes were held at different locations. They also each took their own respective paths in terms of their college experiences.

They crossed the graduation stage with their respective degree groups — then made sure to get many pictures taken together to remember the special moment.

Fletcher, for his part, is planning to use his associate degree in management to operate a government group home for "veterans with PTSD and things of that nature."

"It's not outside the realm [for me] to continue [my education] at a four-year institution and obtain my bachelor's degree at [that] point," he told Fox News Digital. 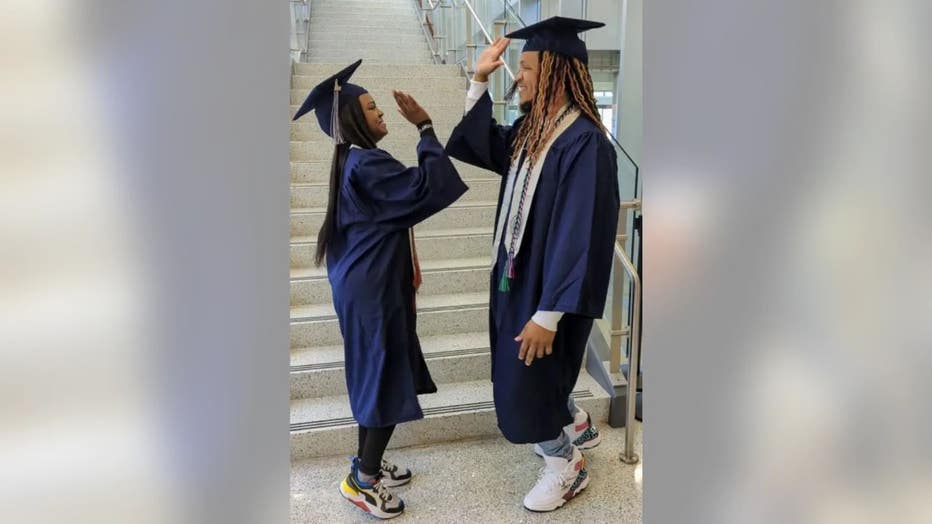 SaNayah Hill has another year of high school left. She is planning to apply to different colleges so that she can further her education in emergency medical services.

"I had already known what emergency medical technicians and paramedics were," she said. "So, once I saw that I was able to do it, I definitely jumped on it as soon as I could."

Through Tidewater Community College’s dual-enrollment program, Hill was able to participate in ride-alongs with firefighters and get hands-on experience that taught her "accountability" and "responsibility," she said.

Fletcher said he thinks the shared graduation with his daughter brought him closer to her.

"Leaving for deployments bonded us together in a sense," he recalled. "We've shed tears about it before I left and had conversations about it, but graduating together — that's just something we'll never forget."

SOME COLORADO HIGH SCHOOLS ARE DOING AWAY WITH 'VALEDICTORIAN'

He added that he enrolled in Tidewater Community College because he wanted to show his children that a college degree is "tangible and attainable."

"It's taken me a long time to get here," Marvin Fletcher said. "I think things are meant to be."

Fox News Digital asked the father-daughter pair if they had any advice to offer current degree seekers.

Hill said while she’s "still learning" herself, she thinks people should try to pursue their heart’s passion.

"The worst thing anybody can tell you is no," she said. "And when one person will tell you no, the next one will tell you yes. So, it's always good to keep trying." 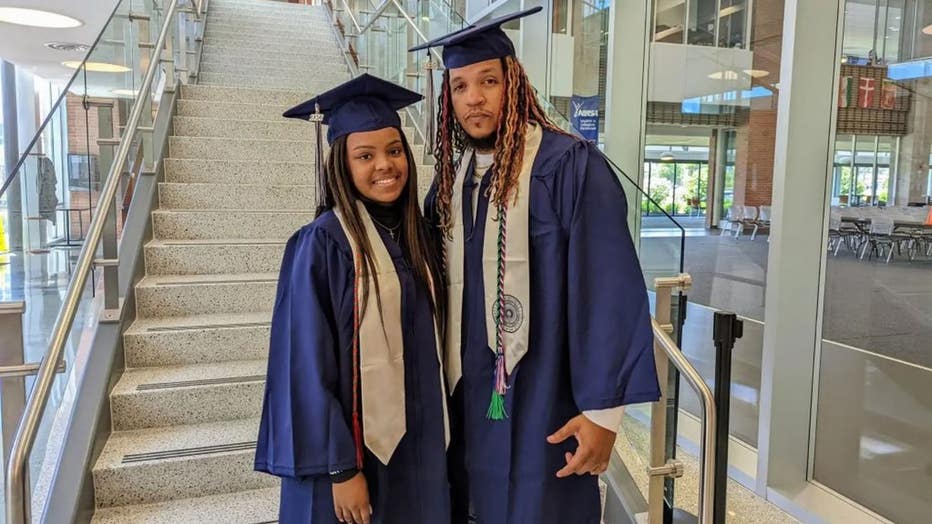 Marvin Fletcher (right) is a retired U.S. Marine and Army veteran who served for 12 years. His daughter, SaNayah Hill, 17, graduated from Tidewater Community College alongside him before she even reached her senior year. (Laura J. Sanford/Tidewater C

Fletcher said it’s never too late to pursue higher education, whether someone is a civilian or former military.

"Being a father, a retired soldier, or veteran with disability, who suffers from mental illness, including PTSD — I challenge myself and I still continue to push myself as much as possible," Fletcher told Fox News Digital.

"If I can be a beacon of light or hope for any veteran out there that suffers the same affliction or something different, I would like to do that and be that for someone. Not just for myself or for my community or my kids."