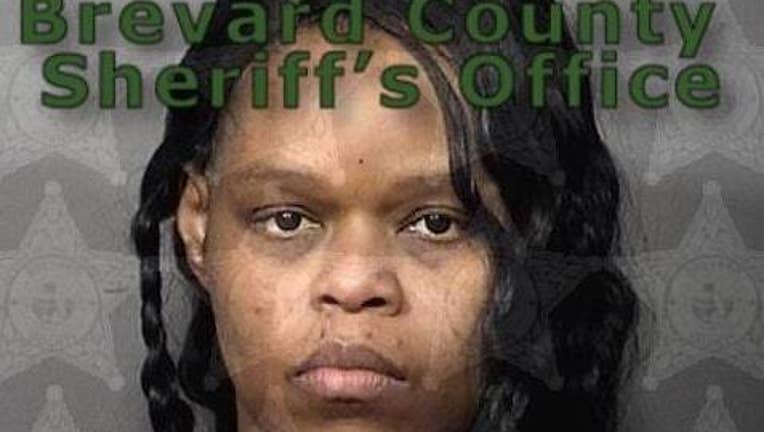 COCOA, Fla. - A Florida mom was arrested after deputies say she made a bomb threat to a high school because she was angry over her child's lunch portions.

Anaya Smith is facing a charge of making a false bomb report, according to the Brevard County Sheriff's Office.

A Cocoa Police probable cause affidavit states that on Feb. 3, a call was made to Cocoa High School, stating "If you don't start feeding my mother f---ing children better at that b--ch I'm gonna come round that b--ch and blow that mother f---er up." School staff contacted deputies and the school was evacuated. No explosives were found on campus.

During the investigation, school records showed that the call was made from Smith's cellphone, the report states. Smith is reportedly the legal guardian of a student at the school who got into an argument that day with a cafeteria worker, according to the report.

The report states that the student and worker argued over him wanting extra food.

The officer in the report says he had numerous encounters with Smith in the past and that he recognized her voice on the voicemail to the school.

"It was just total shock," Smith told FOX 35 after getting out of jail. "Especially when you’re sitting in there, and you know you haven’t done anything wrong."

Smith is denying any wrongdoing.

"I don’t even talk like that," Smith said. "Anybody who knows me knows I don’t talk that way."