Nearly 100,000 Bay Area residents were alerted about earthquake seconds before they felt it

The Governor's Office of Emergency Services says about 90,000 people received an alert on their phones seconds before they felt today's 5.1 earthquake located in the South Bay.

SAN JOSE, Calif. - A 5.1 magnitude earthquake shook much of the Bay Area Tuesday morning. The epicenter was near San Jose.

The Governor's Office of Emergency Services says about 90,000 people received an alert on their phones seconds before they felt the quake.

The earthquake early warning system is made from technology developed at the University of California Berkeley and launched in 2019.

"We actually have the most advanced technology in the country in terms of helping people get notifications even before shaking starts. And this is one of the biggest events we’ve actually had since the system launched," said Brian Ferguson, Deputy Director of Crisis Communication and Public Affairs at the Governor’s Office of Emergency Services.

Ferguson said the alert gave people 2-18 seconds advanced notice before they felt any shaking. It was sent out just a fraction of a second after some of the state's about 800 sensors detected shaking deep below the ground.

If you have an Android phone, you should've automatically received the alert. But iPhone users need to download the MyShake app and set their location in order to get the alert.

That means anyone who would experience a 4.5 magnitude earthquake or higher would get an alert.

Because Tuesday's quake didn't cause any major damage or injuries, Ferguson said people should use it as a good reminder, not to just make sure the alert is set up on their phones but to make a plan and know what to do when you get an alert. 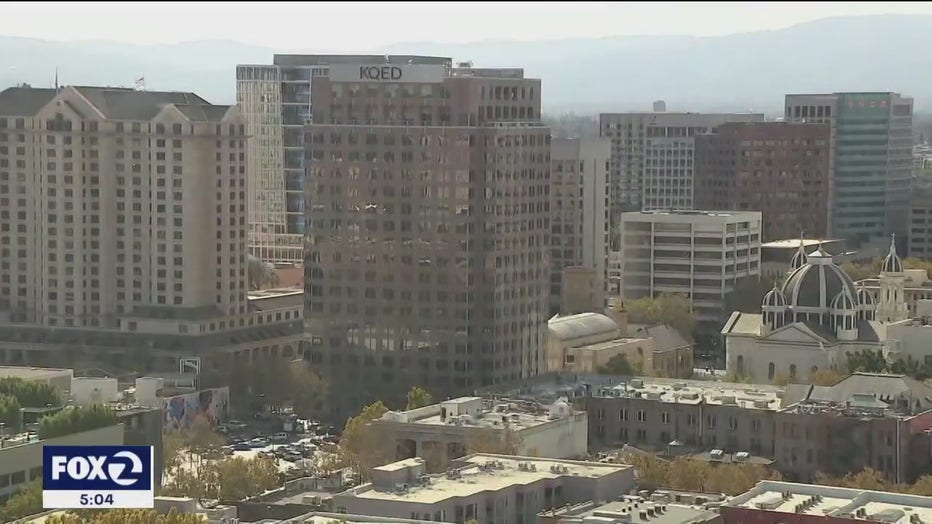 He says there's no need to run into a doorway. That's old logic. Now the advice is to drop where you’re at, and cover and protect yourself.

The cell phone alert is just the first step. The next generation of this technology is to create automated systems to save lives.

"Today you saw many of the BART trains slowed down. It’s actually automated to slow the BART trains down, many of the bus systems have it. Our fire stations, we’re working, so it will automatically roll up the door if it senses an earthquake," said Ferguson. "It also could turn the metering light on the Bay Bridge to tell people not to cross the Bay Bridge or tell doctors at hospitals to put down their scalpels."

"We actually have the most advanced technology in the country in terms of helping people get notifications even before shaking starts. And this is one of the biggest events we’ve actually had since the system launched."

Many of the people KTVU spoke with in San Jose didn't think the earthquake was that bad.

"The strength it was down here, it was like highly questionable. I thought there was somebody moving very aggressively upstairs, and it lasted all of 10 seconds before it was done," said Derrick Shen.

Some said because they're from California, they're somewhat used to small earthquakes.

SEE ALSO: California earthquake alerts: how to get notified before a quake

"I had to just recognize that it was happening and then yeah, OK it’s happening. And then you go through this process of how bad is it, how severe is it. Is it a roller? Is it violent?" said John Harmon. "If it was you know 6, 7, probably a little bit of a different story."

And not everyone is sure they want to sign up for the cell phone alert.

"No, because I don’t know what I could do about it. If it’s happening, it’s happening." Harmon said if it's happening he'll take cover or get under a desk.

"Where the strength was, I would’ve been mad if I got an alert. That’s not worth my concern," said Shen.

But others, especially people from out-of-state, would like to know what's coming as soon as possible.

"Yea, I mean why not, there’s no harm. Now that I know these may be frequent in this California area," said student Izzy Fleming from Seattle.

Although the 5.1 didn't feel like much to some, when there is a bigger earthquake Ferguson said seconds matter. He said for example, if we had this system for the Loma Prieta earthquake in 1989, people in San Francisco would've gotten an almost 20-second advanced warning.