SANTA CLARA, Calif. - Fans packed Levi’s Stadium in Santa Clara having tailgate and pre-tailgate parties early Sunday morning ahead of the NFC Championship game between the Niners and the Green Bay Packers.

But the excitement has been building all weekend.

Angelina Arebalo was at the Blue Chip Sports Bar in San Jose on Saturday night.

“We are so excited,” she said. “I have butterflies in my stomach, I have anxiety and panic attacks a little bit.”

Ricky McKie came to Santa Clara from Washington state for the game.

Football fever in the South Bay

Excitement has been building all weekend for the NFC Championship. Greg Liggins reports

“It's the first NFC championship or championship game in Levi's history, so it's pretty cool to be part of history, you know what I mean,” McKie said.

Josh Eyatt came to see the game all the way from Sydney, Australia.

“I've come because I'm a big Packers fan,” he said.

“It's amazing.  Look at all these fans.  They're the nicest people we've actually ever hosted.  They really are. They're great,” said Meagan Kewkab, owner of  the Patio, where football fans of all stripes were enjoying drinks and cameraderie.

This is the first NFC Championship hosted at Levi’s but it’s the 16th time in franchise history the Niners are playing in championship game.

If the 49ers win they head to Super Bowl 54 in Miami – it would be the seventh Super Bowl trip for the Niners – the last time was in 2012.

Fans line up early at Levi's Stadium ahead of the NFC Championship game against the Green Bay Packers. Jan. 19, 2020 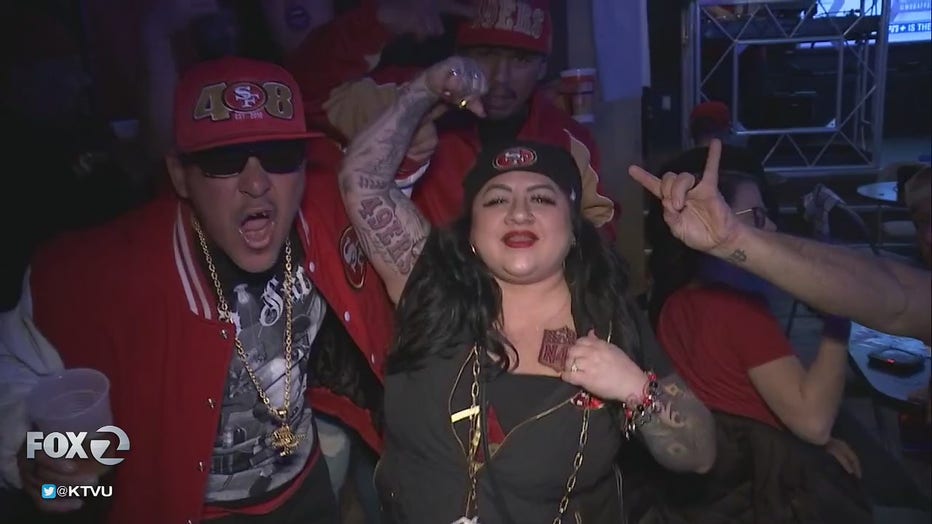 Fans line up early at Levi's Stadium ahead of the NFC Championship game against the Green Bay Packers. Jan. 19, 2020