Residents of a Contra Costa neighborhood are on edge after a mannequin with a rope around the neck and a sign targeting democratic presidential candidate Joe Biden was found hanging from a home.

BRENTWOOD, Calif. (BCN) - Brentwood police found a mannequin hanging from a rope from the side of a home with "Sleepy Joe (Cheater) on a sign across the mannequin's chest Thursday morning.

Officers responded at about 8:10 a.m. to investigate a report of the mannequin and arrived to find it hanging from the side of a second-story home on Craig Court. 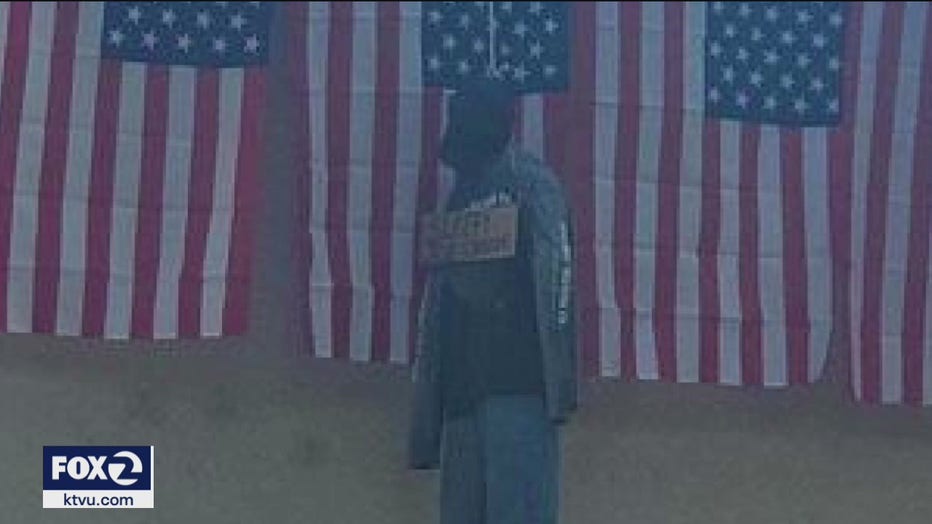 Police said the mannequin was clothed with a black hat covering its face, with the cardboard sign, an apparent reference to a nickname President Donald Trump has said about his opponent, Vice President Joe Biden, in Tuesday's election.

The outcome of the presidential race is still pending results in several states. Officers talked to the homeowner, who agreed to take down the mannequin.

It was photographed by police, who showed the photo to the Contra Costa County District Attorney's Office, which said the act was not criminal and was protected under the First Amendment.

Brentwood police said they are forwarding the matter to the U.S. Secret Service for further review.