The small community of Boyes Hot Springs has been rocked by two attacks where in one instance, a 14-year-old girl was abducted and sexually assaulted on her way to school. A suspect has been arrested but not before grabbing a second girl who managed to fight him off.

SONOMA COUNTY, Calif. - In the Sonoma Valley, two middle school girls were abducted on their way to school Tuesday morning, and one of them was sexually assaulted.

The suspect was swiftly arrested, and the Sonoma County Sheriff's Department is crediting the actions of the young victims for getting him into custody.

On Wednesday, the sheriff's office identified him as Jesse Leon Grandado-Lopez, 49, of Santa Rosa. 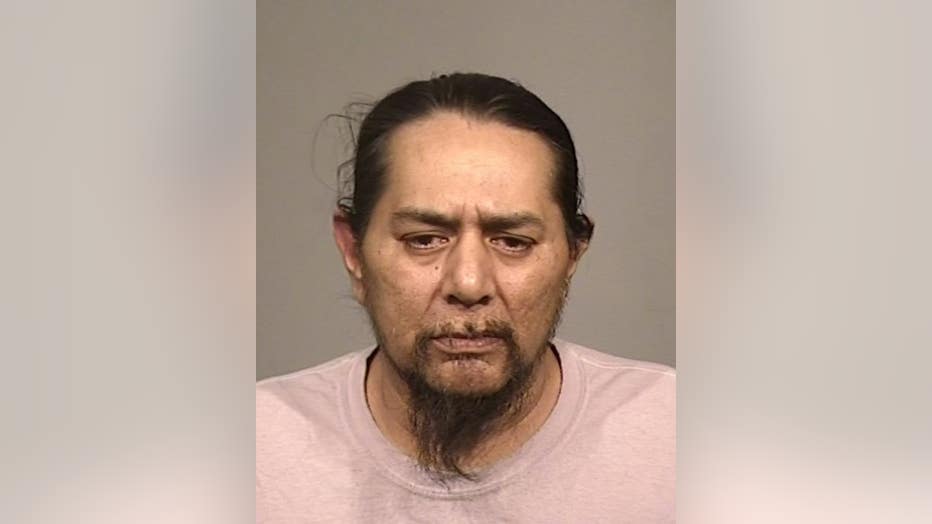 The girls attend Altamira Middle School on Arnold Drive in Boyes Hot Springs, an unincorporated community of about 6,000.

"Everybody knows everybody pretty much so it's frightening," said parent Katy Stovall. "It's disgusting to me, these girls are kids, they're innocent."

Students were given letters about the assaults to take home.

Calls and e-mails went out to the school community as well.

The two abductions, and subsequent arrest, all happened within a mile of the school.

The first girl was walking just after 8 a.m. when the man pulled his vehicle alongside her.

"The suspect drove up to the first victim, grabbed her off of the street and drove her to a second location where he sexually assaulted her," said Salas.

He then drove to a third location nearby, and freed the girl, who ran to campus and told office staff what happened.

Meanwhile, the suspect was still roving.

"During the time we were investigating the initial report, a second report came in of an attempted abduction," said Salas.

That girl described an almost identical encounter, except that she got away.

"She fought him off and he did not get her into his car," said Salas.

By saturating the area, and with the assistance of surveillance video, investigators were able to identify and arrest the man, and seize his car, within two hours of the first crime. .

Details from witnesses, especially the two young victims, made the difference.

"I think they did great and I think it takes a lot of bravery to do what they did," said Salas.

The focus now is on awareness, and providing support and resoures to the survivors.

"I'm glad the little girl knew what to do, that she went and looked for help," said parent Lindsay Davis, who has a 12 year old daughter attending Altamira.

The school district is encouraging parents to talk with their children about being vigilant, planning safe routes, and walking with buddies, not alone.

"When we get home tonight, we're going to have that conversation," said Davis, "because when this sort of thing happens, it's frightening for everybody."

Sheriff's investigators say they are confident the man acted alone, and there is no continuing threat.

For reassurance, extra patrols are planned in the vicinity for the next week.

"People here care so much about our kids, I know we're all torn up about this," said Davis.