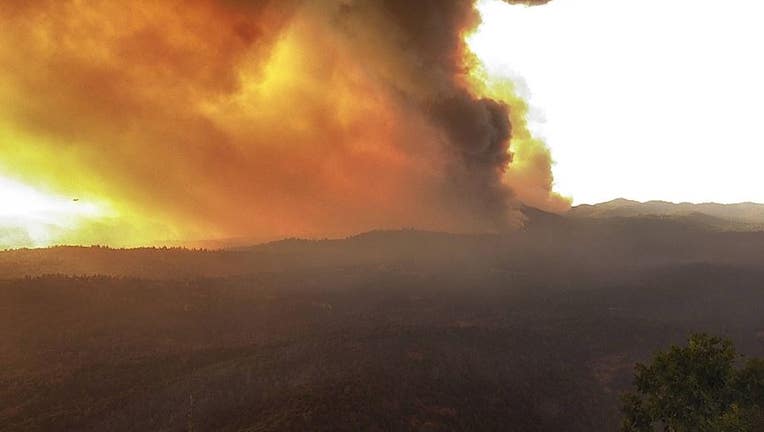 The Oak Fire began at about 2 p.m. southwest of the park near Midpines in Mariposa County and quickly spread, according to the California Department of Forestry and Fire Protection.

The Oak Fire has burned 9,500 acres since it sparked Friday around 2 p.m. According to the California Department of Forestry and Fire Protection, the fire is 0% contained as of 3:15 p.m. Saturday. The free has burned 10 structures and is threatening 2,000 more.

A handful of roads in the Sierra Nevada foothill area were under mandatory evacuation orders.

Approximately 400 firefighters are working to contain the Oak Fire. Cal Fire has also assigned four water-dropping helicopters to help in the fight.

Smoke from the blaze can be seen for miles, including from in the air. In a video posted to Twitter, one airline passenger said the smoke cloud "looks like a monster."