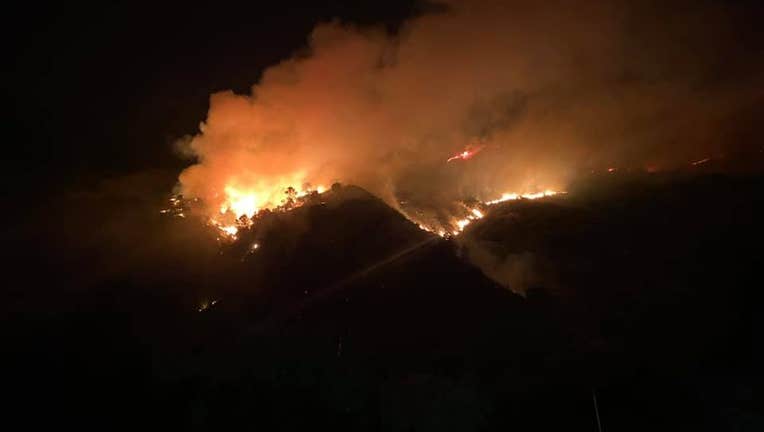 The Park Fire in Morgan Hill had burned 100 acres and led to evacuation orders that were in effect on July 5, 2020.

Smoke from the fire has prompted the Bay Area Air Quality Management District to issue an air quality advisory through Monday for the far South Bay, including Morgan Hill, San Martin and Gilroy.

"Onshore winds are expected to be light and are expected to become stronger throughout the day," the air district said in an announcement, with satellite images showing smoke spreading southeast of the Santa Clara Valley region. "Currently, impacts include smoky skies, smell of smoke and localized elevated particle pollution."

Residents who smell smoke are advised to limit outside exposure and keep doors and windows closed if possible. Air conditioning units and car vent systems should be set to re-circulate to prevent outside air from moving inside.

Evacuations ordered earlier for the area around the fire remain in place, officials said.