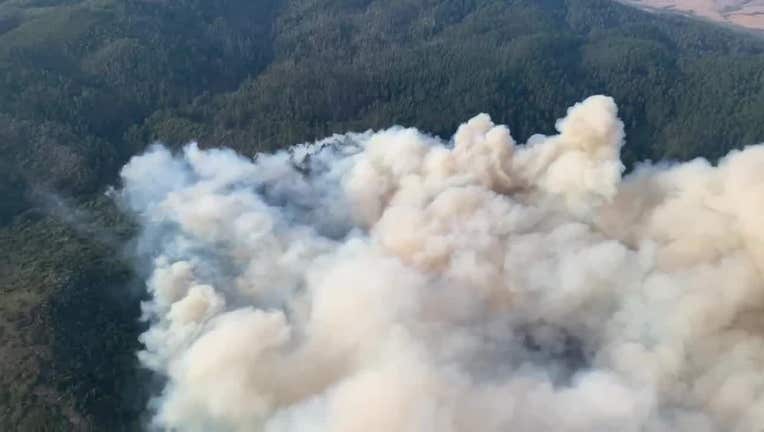 SkyFOX on Thursday, August 20, 2020 over the fires burning near the Sonoma County coast.

SONOMA COUNTY, Calif. - Evacuation orders in the Armstrong Woods and Dry Creek areas near Guerneville in Sonoma County have been downgraded to evacuation "warnings," from evacuation "orders," and residents are allowed to return to those areas at their own risk, the Sonoma County Sheriff's Department said Sunday night.