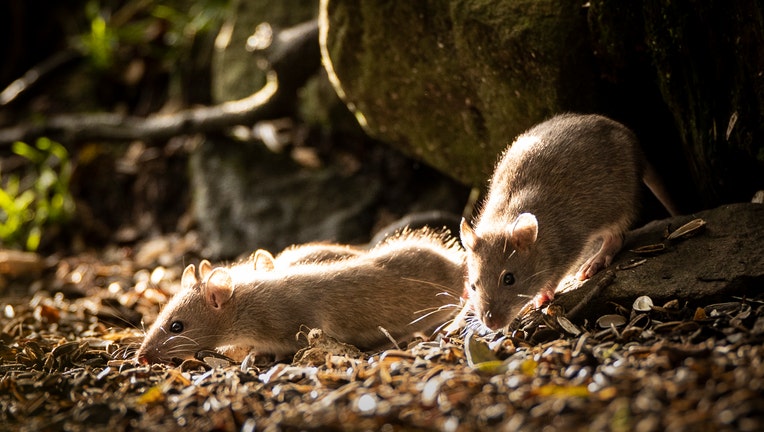 A baby rats in the Widdale Red Squirrel Reserve in North Yorkshire, as the UK red squirrel population declines. PA Photo. Issue date: Sunday October 27, 2019. Autumn is the best time to see red squirrels as they forage nuts to cache for the long wint

LOS ANGELES - Do see a lot of rats around your neighborhood? Los Angeles was named the number two city on Orkin’s top 50 rattiest cities.

According to a statement they released, this ranking includes both residential and commercial treatments.

24% of homeowners report mouse and rat infestations every year, according to the National Pest Management Association. Orkin says the most common rodents are the House Mouse, Norway Rat and Roof Rat.

With winter coming rodent activity is likely to increase. According to Orkin in the colder months rodents seek shelter in warm areas in hopes of finding food and water.

“Unfortunately, residential properties offer the ideal habitat for rodents because of access to food and water sources, potential entry points and hiding places,” said Chelle Hartzer, an Orkin entomologist. “A rat can squeeze through an opening as small as a quarter, while a mouse can wedge its way into a hole smaller than a dime.”

The number one city ranked on Orkin’s rattiest cities list is Chicago. In fact Chicago has taken the number one spot for the fifth consecutive time. New York ranked third flowed by Washington D.C at fourth and San Francisco at fifth.