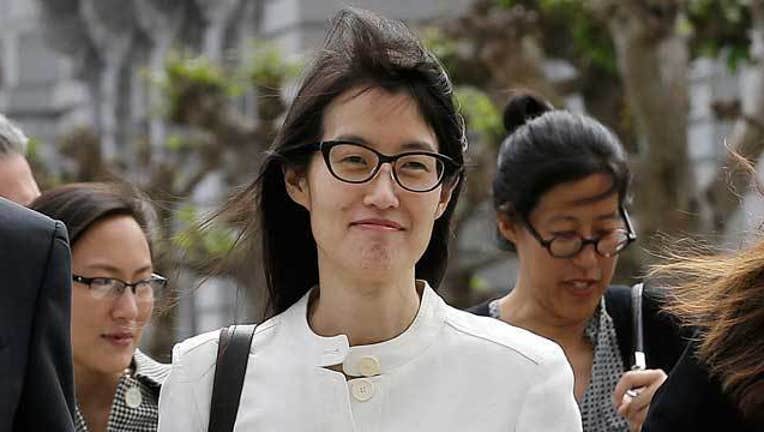 NEW YORK (AP) -- Reddit said Friday that interim CEO Ellen Pao resigned from the company, and co-founder Steve Huffman is back as its CEO.

The freewheeling online discussion forum and news site, which says it had 164 million unique visitors last month, has been rocked by unrest recently.

This month Reddit fired a staffer who was popular with the volunteers who help the site function. The employee, Victoria Taylor, helped run the site's popular "Ask Me Anything" feature, where Reddit users submit questions to celebrities and other notable people. President Barack Obama, for example, has answered questions on that forum.

Some volunteer moderators protested her ouster by shutting down sections of the site, including Ask Me Anything.

Reddit also announced anti-harassment guidelines this year and in June it banned a few groups for violating those rules. Reddit is known for an almost-anything goes style, but leadership said in May that it was unhappy with harassment on its site and survey data showed its users were also upset about the behavior.

A statement posted on Reddit by Reddit board member Sam Altman said that Pao, who became interim CEO in November, resigned from Reddit by mutual agreement and will continue to advise the board for the rest of 2015.

Altman also says Reddit moderators should have better tools and communication from the company. He said Reddit accepts disagreements, but said the site must exercise compassion if it wants to be a great community and said some of the things Reddit users wrote about Pao were "sickening."

"Disagreements are fine. Death threats are not, are not covered under free speech, and will continue to get offending users banned," Altman wrote.

Before becoming Reddit's CEO, Pao had worked for a storied Silicon Valley venture capital firm, Kleiner Perkins Caufield & Byers. She lost a high-profile gender discrimination lawsuit against Kleiner Perkins in March that brought up issues of the gender imbalance and difficulties faced by women working in Silicon Valley.