SAN LEANDRO, Calif. - The city of San Leandro is refusing to identify the police officers involved in a fatal Walmart shooting of a man with mental illness, saying the cops face death threats.

The officers who shot and Tased 33-year-old Steven Taylor on April 18 will not be named for at least 60 days, Deputy City Manager Eric Engelbart told KTVU in an email Tuesday. When the two months are up, he said officials will revisit the decision, as required by law, to shield the identities of the police.

KTVU had filed a request for public records linked to the death of Taylor who encountered officers while wielding a baseball bat inside the Walmart on Hesperian Boulevard.

After getting calls from alarmed customers, police said they arrived at the store and repeatedly told Taylor to drop the bat, to no avail. Police fired a gun and then a Taser at Taylor.

The Taylor family attorney, S. Lee Merritt, said Taylor suffered from schizophrenia and was bipolar. A woman who identified herself as his fiance, Edna Reed, told KTVU that she and Taylor were homeless and living on the train tracks in San Leandro. She said she had no idea why he went to Walmart and described him as a man who always helped others.

An autopsy has not yet been made public.

While the police department has been releasing information on its public website, including body cam footage, KTVU also filed a request for all information related to the shooting, which is mandated whenever officers discharge their weapons under a police transparency law, SB 1421.

The names of police are typically released in critical incidents, like when lethal force is used.

Engelbart said that violent threats against officers since the shooting have made it necessary to delay the release of their names.

Police "found and received on various social media channels, including its own, specific and direct threats of great bodily injury and death to the officers involved," he said.

He cited a case, Long Beach Police Officers Association v. City of Long Beach, where the court said that  “vague safety concerns” are not enough to keep an officer's name secret, San Leandro's "position is that the factors weigh in favor of non-disclosure.

As part of that non-disclosure, the officers' name and badge numbers were redacted in the body camera video to  "preserve their safety as much as the city could under the circumstances by not specifically identifying them given the specific threats they have received while respecting the public’s right to information, especially given that their likenesses are already publicly available on social media," Engelbart said.

He said he is unaware of any authority that requires the city to disclose the exact threats made against the officers.

A San Leandro police officer pulls a gun and a Taser on Steven Taylor in Walmart on April 18, 2020

The American Civil Liberties Union of Northern California disagrees with this position.

ACLU police practices attorney Allyssa Victory said that the city must be much more specific about the threats before they may decide to withhold the officers' identities. The ACLU plans to file a records request and will be much more direct in arguing to get the officers' names released, she said.

It's important for the public to know whether these officers have had prior issues with their behavior.

Also on Tuesday, the city of San Leandro released more body camera video, and the full 911 and radio dispatch calls.

The newly released video and audio are unedited and come specifically from the vantage point of the two officers, identified only as Officers A and B.

On April 20, police released 13 minutes of edited video from inside the Walmart. That footage has the body camera video, but also some customers' cell phone video and narration by the police chief, Jeff Tudor.

There is nothing substantively different or revelatory in the new release of audio and video. But the release of the unedited version is required by law. In all, the video from the officers' cameras is roughly 22 minutes in length.

One of the videos shows Officer A pull his gun 14 seconds into the video and fire at 39 seconds. In between those moments, Officer A also used a Taser on Taylor, which didn't subdue him. 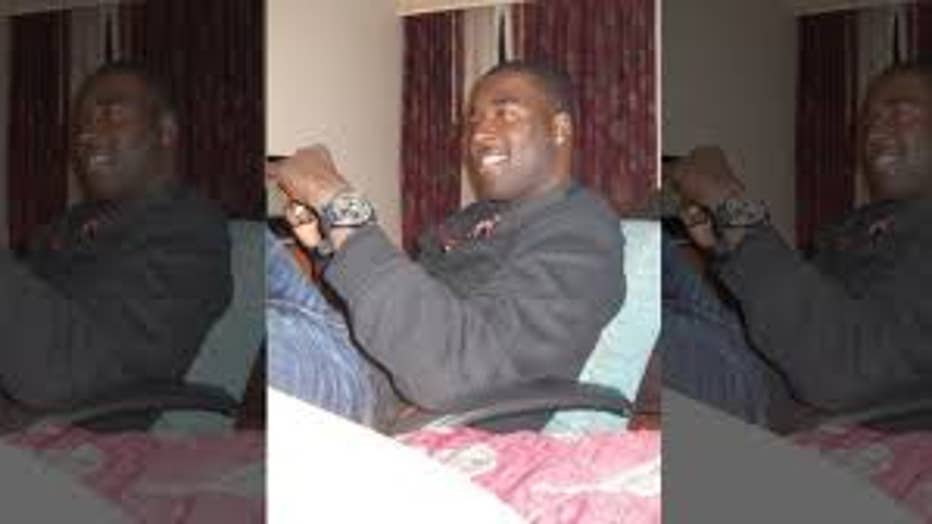 Steven Taylor, 33, was killed in a San Leandro Walmart after he wouldn't put down a bat.