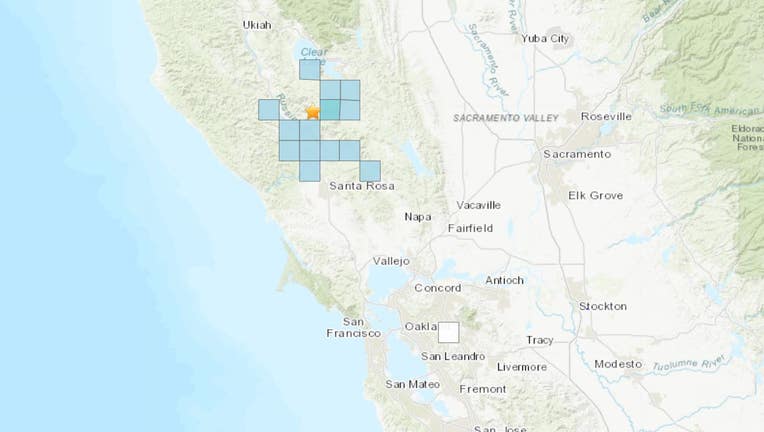 THE GEYSERS, Calif. - A second quake of similar strength struck Saturday night in northern Sonoma County, about a half mile from one that hit that morning.

According to U.S. Geological Survey, 3.4 magnitude quake occurred at 8:17 p.m. about 19 miles north of Windsor at a depth of 1.7 miles on the south side of Big Sulphur Creek in the Mayacmas Mountains.

It was felt by residents in surrounding Healdsburg and Windsor.

That was nine hours after another quake about a half-mile away on the north side of the same creek.