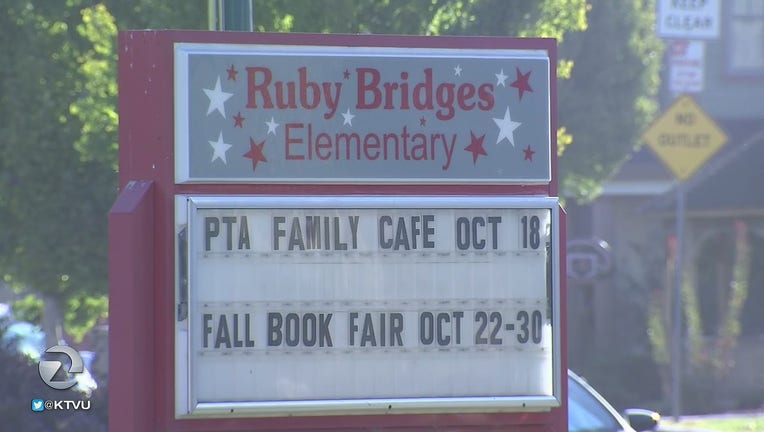 A rash of laptop burglaries plagues schools in the East Bay.

OAKLAND, Calif. - Workers boarded up doors Wednesday after thieves invaded four classrooms at Ruby Bridges Elementary School in Alameda and stole computers. It's the latest in a string of laptop burglaries at an East Bay school.

The burglars' MO is to break in when the campuses are closed.

Police are investigating whether any of these crimes are connected.

The break in happened Tuesday night when the campus was closed. Two laptops from the classrooms were stolen.

"The custodians arrived here early this morning, contacted the maintenance department to come and clean up the glass and start securing the classrooms again," Davis said.

Students were temporarily relocated to other clasrooms as the mess was cleaned up.

"It's always very disappointing when people break into our schools and take our property. We're here to educate and take care of children. These are public resources. It just breaks our hearts to have this happen in our schools," Davis said.

At Castlemont High School in East Oakland, burglars may have used a credit card to slip into the campus 'Fablab' or Fabrication Laboratory. They made off with computers, power and handtools worth tens of thousands of dollars.

"They broke into this cabinet, took out all the power tools. They sifted through this," Tim Bremmer, a Castlemont High School teacher said. "We literally don't have the tools to run program, so clases that we offer our projects that we want to do are put on pause until those tools are replenished or we're able to get new ones."

Castlemont isn't alone, many schools in Oakland have been victimized by computer thieves.

But it's not just the public schools that have been hit.

At Redwood Day, a private school in Oakland, thieves cleaned out the library and computer lab of all the laptops and desktops. They also stole teachers' laptops that had been locked and hidden.

There are few leads in these recent thefts. Oakland city and school police and Alameda police are trying to determine if any of the cases are related.