SAN FRANCISCO - Transportation leaders will hear suggestions on how to make the Golden Gate Bridge safer for people on bikes.

For many, a bike ride along the iconic bridge is how they start their day. They usually don't think twice about their safety but some say they wouldn't mind seeing some changes.

"Wider areas for everyone to use," said Phil Webster from San Francisco. "It's pretty narrow in some spots especially during construction."

Officials with the Golden Gate Bridge District are promising tighter security after a video shows teenage boys scaling the tower, doing somersaults and dangling off the edge.

"Sometimes I wish we could be on the other side and walkers can be on the more windy side," said Sarah Sung.

Some of these ideas are being reviewed by the Golden Gate's Highway and Transportation District. They hired a consulting firm to run a study on activity along the Golden Gate. Recommendations from the study came out last year, including allowing city electronic bikes, adding more signs to specify where bicyclists and walker should be to avoid collisions, and making an official speed limit at 15 mph.

"That seems really difficult to enforce," said Webster regarding the speed limit idea.

"I think that getting bikers to go a certain speed when they're itching to go across is going to be hard."

"People who are not very experienced can actually travel pretty quickly and have a lot of speed," said Paul Dul of San Francisco. "Speed and inexperience on the bridge can be really dangerous."

The district will hold a meeting Monday morning to review those ideas and hear from the public before they move forward with recommendations. A spokesperson for the district says they could start implementing changes by November. 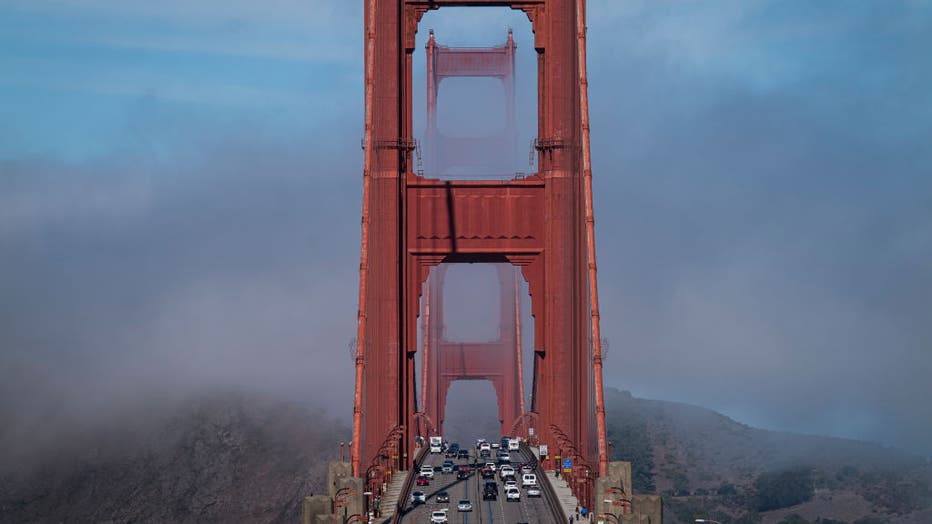 Vehicles travel over the Golden Gate Bridge in San Francisco, California, U.S., on Thursday, Sept. 24, 2020. California will phase out sales of new, gasoline-powered cars by 2035 as part of its fight against climate change, Governor Gavin Newsom anno

You can submit questions to the district by email at publichearing@goldengate.org. 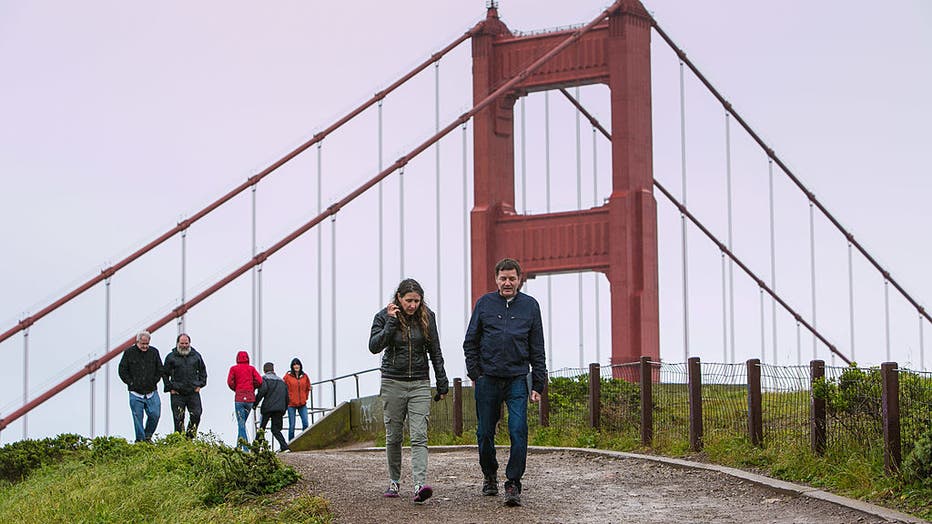 SAN FRANCISCO, CA - APRIL 1: People walk a dirt path to view the Golden Gate Bridge on April 1, 2014, in San Francisco, California. San Francisco continues to be a major global tourist destination and has experienced a real estate and high-tech boom