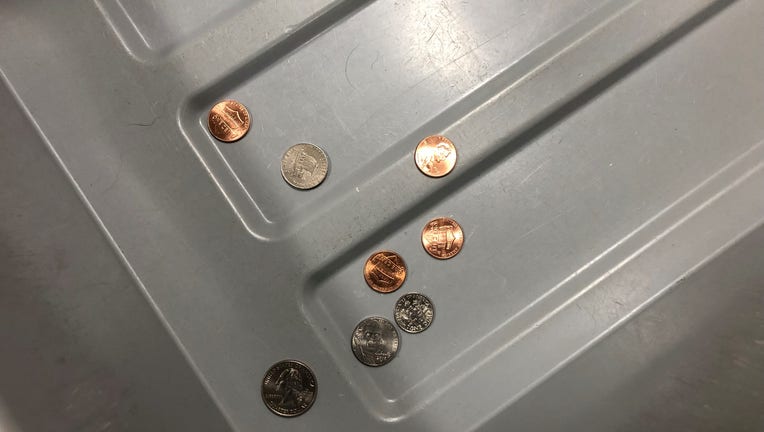 A TSA report said travelers lost $926,000 at 75 airports in the year that ended in September.

Federal regulators say much of the lost money came from people emptying their pockets for security scans.

The Transportation Security Administration suggests putting cash into carry-on bags, and reminds travelers who have lost money that they can contact the TSA's lost-and-found office at the airport.