Caltrans crews on Friday blasted a large boulder that was blocking traffic through the Echo Summit.

Caltrans crews said the first large boulders to take a tumble happened at Echo Summit around 5:40 p.m. Thursday. The highway was closed through Friday morning before finally reopening just before 3 p.m.

The rocks did not crash onto anyone, and there were no drivers nearby at the time, the CHP said. Crews were drilling and exploding rocks to make clearing the road easier.

Then at around 4:38 p.m. on Friday CHP said at least two more large boulders came down on Highway 50 at the same location. Again, no one was injured. CHP South Lake Tahoe warned followers to be careful of the "very unstable hillsides."

The photos attached of a severely-damaged Toyota Tacoma truck showed in graphic detail why driving through the area was treacherous. The vehicle appeared to be incapacitated.

Drivers were asked to take alternate routes. Drivers heading to Tahoe could take Interstate 80, though snow hazards are a strong possibility. Drivers on the east side of Echo Summit could take highways 88, 89 or 49. 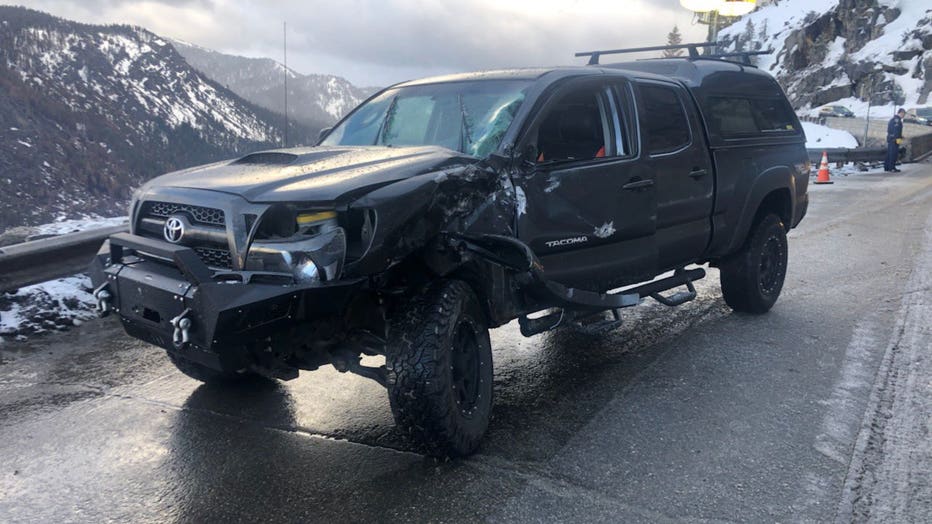 Even when the rocks are cleared away, Caltrans is warning that travel to the Sierra this weekend could be treacherous because of a forecasted snow storm.

Authorities also warned that drivers should not use back roads because the National Weather Service issued a winter weather advisory predicting hazardous mountain travel from Friday afternoon through at least Saturday morning.

Meteorologists are predicting four to eight inches of snow over the higher peaks above 4,000 feet and one to four inches above 2,500 feet. 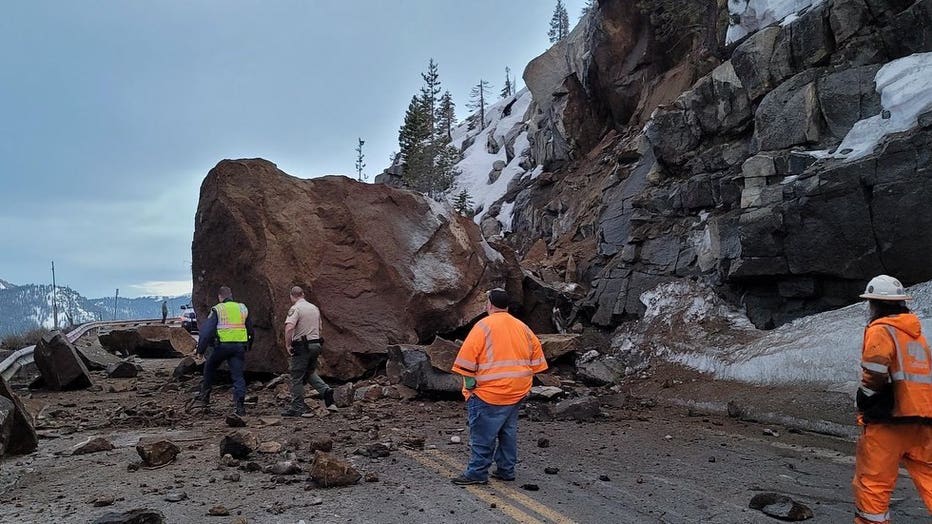 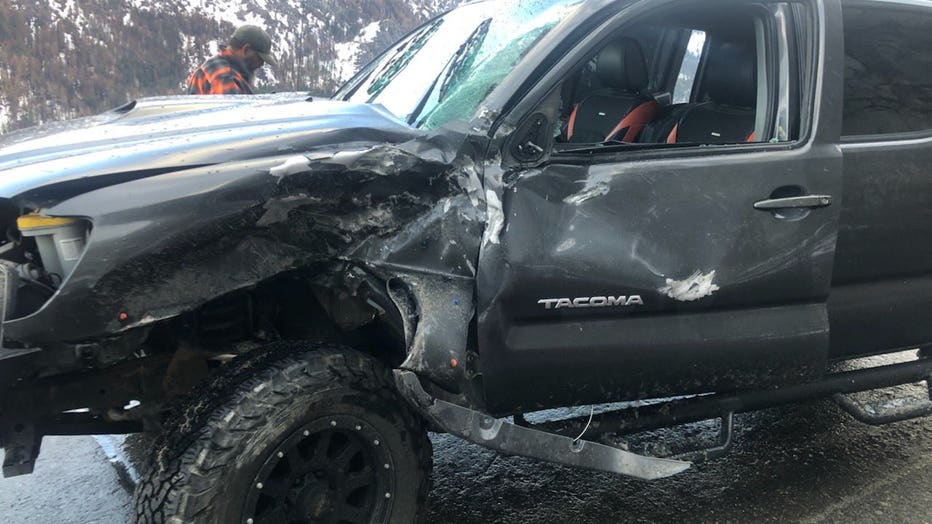 A rock slide has closed Highway 50 in El Dorado County, which is one major route to Tahoe.

The alternate routes available are: