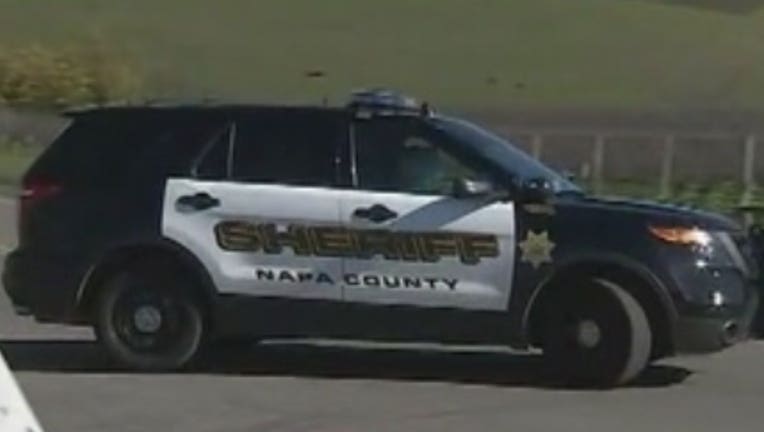 NAPA, Calif. - Napa County Sheriff's Department says a person who was shot by a deputy during a traffic stop on Monday is in critical condition.

On Tuesday, officials said the deputy, who was not named, is on paid administrative leave. The hospital where the patient is located has not been disclosed.

The sheriff's office said Garcia exited his vehicle with one hand tucked behind his back and began walking directly towards the sheriff's deputy. Once Garcia was in close range, the deputy opened fire. Officials said Garcia would not show his right hand, but it was later determined he was not holding anything.

Additional sheriff's deputies and Napa police officers arrived at the scene and rendered aid to Garcia before he was transported to the hospital.

This incident is under investigation by the Major Crimes task force, which includes the Napa County district attorney's office, the Napa County Sheriff's Office and the Napa Police Department.

Offier Wofford indicated there is body-worn camera and dashcam footage of this incident. The dashcam footage shows the deputy "retreating and moving around the vehicle." They did not say when that footage would be released. The deputy's name is expected to be released, but Officer Wofford said it was too early in the investigation to say when that information would come forward.