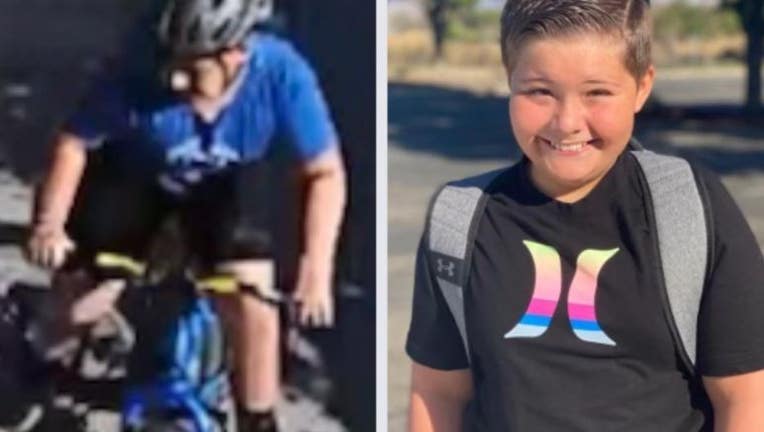 Vacaville police said 11-year-old David Baker is missing. They asked anyone who sees him to please call police immediately.

Vacaville police asked the public to keep an eye out for 11-year-old David Baker.

In a Facebook post, police said David was last seen at 9:36 a.m. on Saturday riding his bike on Samantha Place.

Police said riding away from his home was ‘very out of character’ for him.

David was last seen wearing a blue T-shirt, black shorts, and black shoes. He was riding a blue and black dirt bike with thick tires, according to officials.