OAKLAND, Calif. - The Golden State Warriors continued to draw large numbers of young basketball fans to its summer camp, despite the fact that it’s being offered online due to coronavirus restrictions. In fact, the virtual model has proven the team was popular among kids not just here in the Bay Area but across the country and around the globe.

The Warriors said they've received sign-ups from 23 different states and Puerto Rico, as well as from Canada, Switzerland, Italy, and Iceland.

And so far, the first three camp sessions, which have been held throughout June, have all sold out.

It also helped that the Warriors Basketball Academy has a tradition of bringing in the team's players as star guests to connect with its campers. 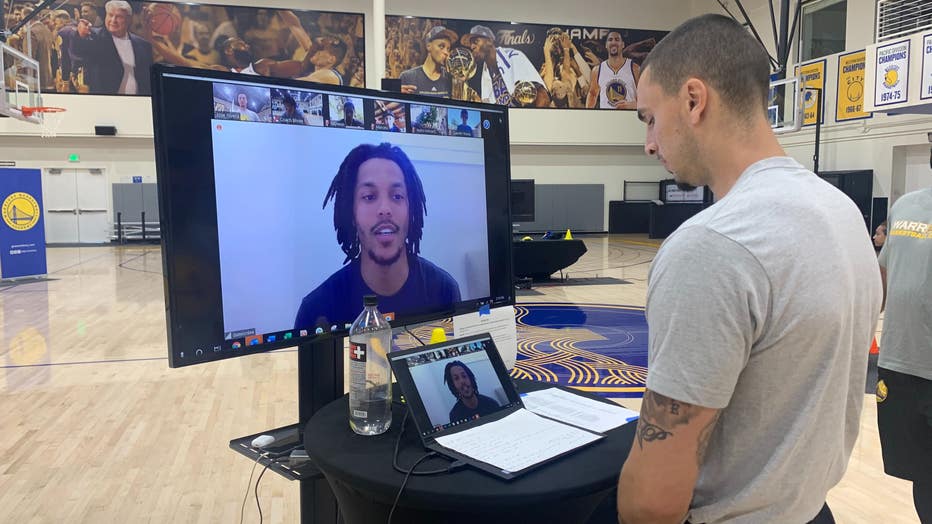 On Tuesday, it was shooting guard Damion Lee who showed up to offer kids words of inspiration and advice. 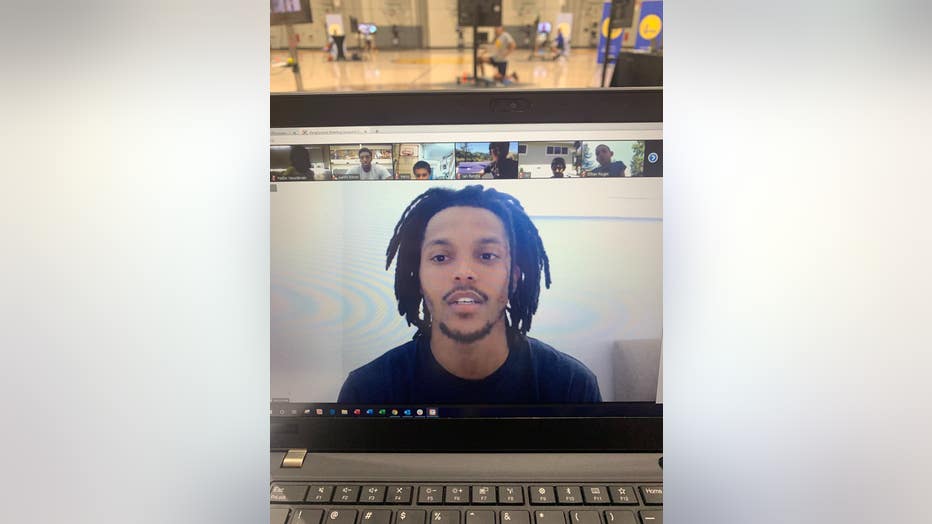 "I’m excited to be here with you all, obviously, it's virtually. But if the camp was in person, I definitely would’ve come and stopped by,” Lee said greeting the campers.

He went on to acknowledge that these were challenging times but reassured his young audience to keep focused on what’s important.

“This is a tough situation that we’re all going through. I don’t really think that anyone has the answers,” Lee said. “You know we’re all kinda going through this together, so I just want to come and provide you guys with some words of encouragement.”

The words he offered were about perseverance and believing in yourself.

He also said his passion for the sport has been something he’s counted on especially during rough moments.

“You know basketball was been one of the greatest things for me. It’s gotten me through a lot of tough times,” the Warrior player said. “For all you that’s here doing this virtual camp, it shows that you have dedication, shows you have passion, you have courage, so I don’t ever want you to her lose sight, lose focus of that.”

He went on to explain that becoming a professional basketball player wasn’t something on his radar until later when he was older than most of the kids who were listening on the video call.

“I had no idea that I was going to play in the NBA. That dream really didn’t come into existence until I was about I think 18 or 19 when I really thought I wanted to play professional basketball. So you guys have 7 to 10 years head start,” he said.

And he shared that a huge part of being successful in the NBA came down to remembering that the little things matter, like being a good teammate and working hard on the fundamentals of the game.

He also shared how important having discipline was on the road to success. “You have to have a lot of discipline. You have to eat right, You have to sleep right, train the right way. And as long as you do that, by the time you look up, you’ll have a pretty long career."

The 6 foot 5 guard signed with the Warriors back in January and cited the day he signed his contract as a highlight of his year.

Something he does not often publicly discuss is that he’s related to the team’s star player Stephen Curry. Lee is married to Curry’s younger sister Sydel.

So it was clear Lee was tickled when he fielded a question from a young camper, who asked if he was friends with Steph Curry.

“Yes I am,” he responded. “We are on the same team. We are friends. He’s a pretty good guy,” he added with a smile and a little laugh.

The Warriors camp coaches have been using the team’s newly renovated practice facility in Oakland to broadcast their training sessions. While the team moved across the Bay to the Chase Center, its old facility has undergone a major upgrade so the Warriors could keep roots in Oakland and host events like their summer camps there.

Warriors officials said the team had planned to unveil the newly remodeled site in time for its summer camp, but with the pandemic, it was clear that would not happen. But they were holding out hope camp participants would still be able to use the facility before the close of the summer sessions.

For those interested in registering for the Warriors Basketball Academy's youth camp this summer, spaces were still available. While all of June’s sessions were sold out, the team said there were still openings in July.

Registration for the virtual summer sessions can be found here.