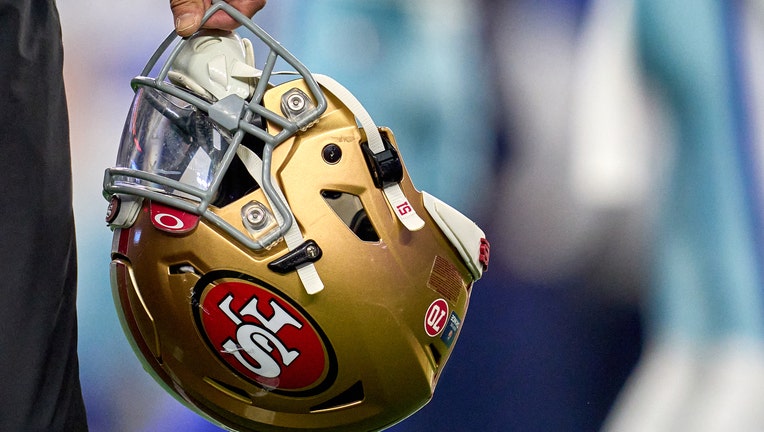 SAN FRANCISCO - San Francisco 49ers fans mark your calendars as the team dropped their schedule for the 2022 regular season Thursday.

San Francisco opens the season Sunday, Sept. 11 at Soldier Field in Chicago against the Bears with the kickoff at 10 a.m. on FOX.

The Niners will then face the rival Seattle Seahawks in their home opener in Week 2 on Sept. 18. The game airs on FOX at 1:05 p.m.

Then on Week 4 it’s Monday night matchup against the defending Super Bowl Champion the Los Angeles Rams at Levi’s Stadium.

Fast-forward to Week 11 of the season the 49ers will see the Arizona Cardinals on Nov. 21. Fans who want to catch the game in person will have to travel to Azteca Stadium in Mexico City. 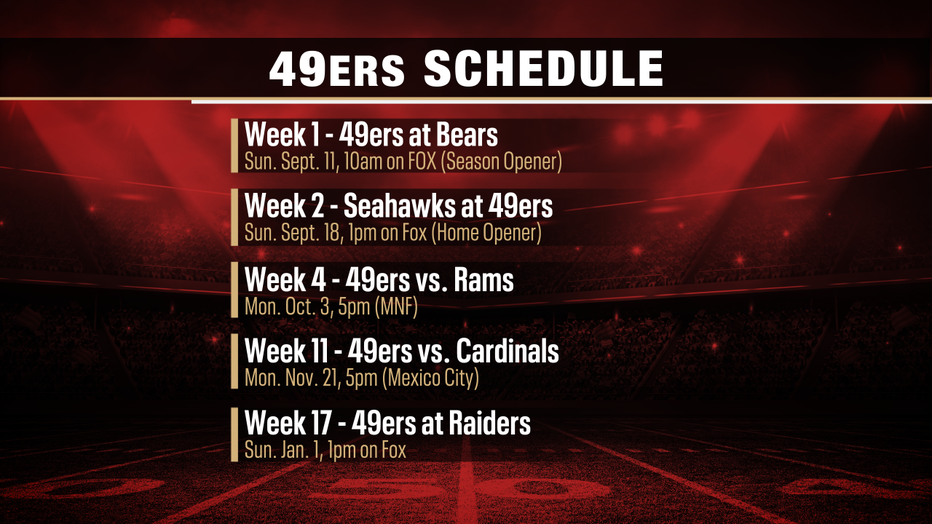 It will be the second time the 49ers will meet the Cardinals in Mexico. The first time was in 2005 in the first-ever NFL game played internationally.

Another game fans might be eager to see is the matchup against the Raiders in Las Vegas on New Year's Day. Kickoff is scheduled for 1 p.m. on FOX.

Here's the team's full schedule for the 2022 season: