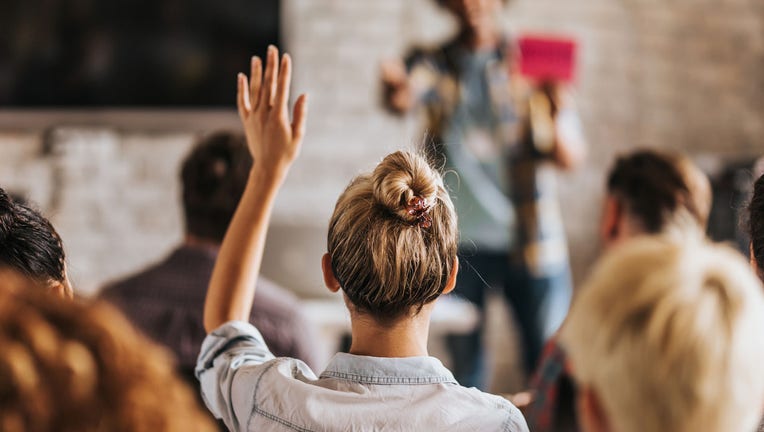 James Kvaal was confirmed as the new under secretary of education on Tuesday, after months of serving the Department of Education as deputy under secretary. Here's what it might mean for your student loan debt. (iStock)

The Senate voted 58-37 to confirm James Kvaal as under secretary of education on Tuesday, according to a press release from the Department of Education.

Kvaal was the president of the Institute for College Access & Success (TICAS), a nonprofit that conducts research and makes policy recommendations on student debt. As president of TICAS, Kvaal oversaw initiatives "to make college tuition more affordable, protect students from unaffordable loans, and help many more students graduate from college," according to a statement from Education Secretary Miguel Cardona.

Prior to serving as under secretary, Kvaal served during the Obama administration as deputy domestic policy adviser at the White House. He has also served in senior roles in the House of Representatives and the Senate. Kvaal attended Stanford University and Harvard Law School, where he graduated with honors.

Kvaal has been serving as deputy under secretary since earlier this year, so it's not likely that his confirmation will effect any significant immediate changes like student loan cancellation. But since Kvaal has such a robust background in student loan policy, it's important for borrowers to consider how his official appointment may impact their college debt.

Keep reading to learn more about the new under secretary of education and what this means for your federal student loans. If you're looking for guidance on how to handle your student loan debt, visit Credible to learn about your repayment options like refinancing.

Kvaal's nomination didn't come without challenges. In the months since he was nominated as under secretary of education, Kvaal had to gain the support of Sen. Elizabeth Warren (D-Mass.). Warren — an outspoken advocate of student loan forgiveness — had previously been holding her nomination, Politico reported.

"I have had productive conversations with Mr. Kvaal, the Department of Education, and the White House, and I am glad they have committed to making substantial reforms to the administration of the student loan program," Warren said in a statement.

The newly confirmed under secretary has a long history of advocating for college affordability and oversight. He has also expressed support for racial equity in higher education, as well as extending the COVID-19 emergency forbearance on federal student loan payments.

— Sept. 14 press release from the Department of Education

WHAT TO DO IF YOUR STUDENT LOAN SERVICER IS SHUTTING DOWN

Although the Biden administration has discharged roughly $10 billion worth of student debt for more than 500,000 borrowers, the president hasn't yet delivered on his campaign promise to cancel up to $10,000 worth of federal student loan debt per borrower.

It's still unclear whether the Education Department will be able to pass sweeping legislation about student loan forgiveness. And with federal student loan payments resuming in just a few months, borrowers need to consider their options for student loan repayment, including student loan refinancing.

If you decide to refinance your student loan debt, be sure to compare interest rates across multiple private lenders on Credible to ensure you're getting the lowest possible rate for your situation. Doing so will not impact your credit score.

How to prepare for the end of federal student loan forbearance

Kvaal's appointment doesn't offer a lot of insight as to whether federal student loan forbearance will be extended again, or if borrowers will have a portion of their student loans forgiven by the Department of Education. Because of this, it's important to start planning for payments to resume now. Here are a few steps you can take to prepare: