San Jose police are investigating the three shootings that all took place in the early morning hours of Saturday, Feb. 20, 2021.

The second shooting occurred soon after, around 1:42 a.m., in the 500 block of W. Alma Avenue. At the scene, police located two people with gunshot wounds that were not considered life-threatening. 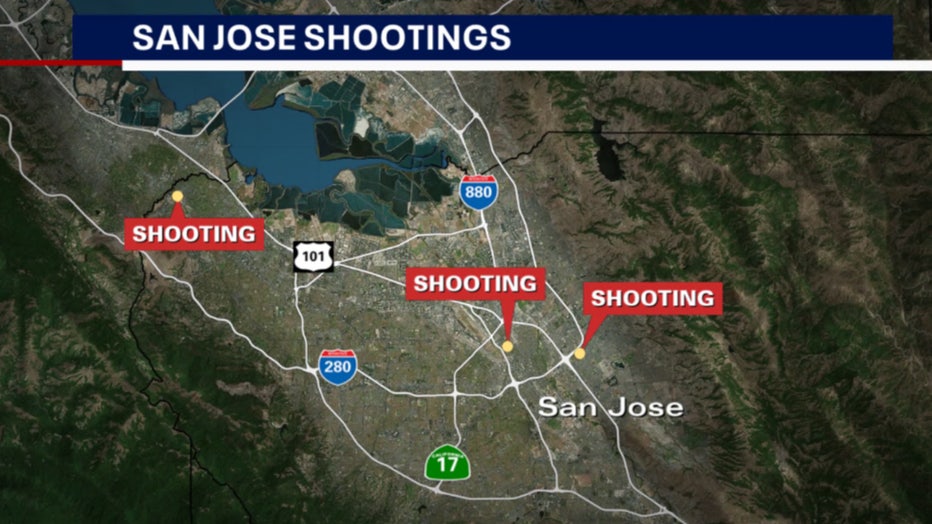 The third shooting occurred in the 100 block of Jackson Street in the city's Japantown district. Police didn't release a specific time when that occurred, but say it was believed to be early this morning. One adult victim died after being transported and treated at a hospital.

Police haven't identified any of the victims in these shootings, made any arrests, or identified potential suspects.

Police said the three shootings were not related.