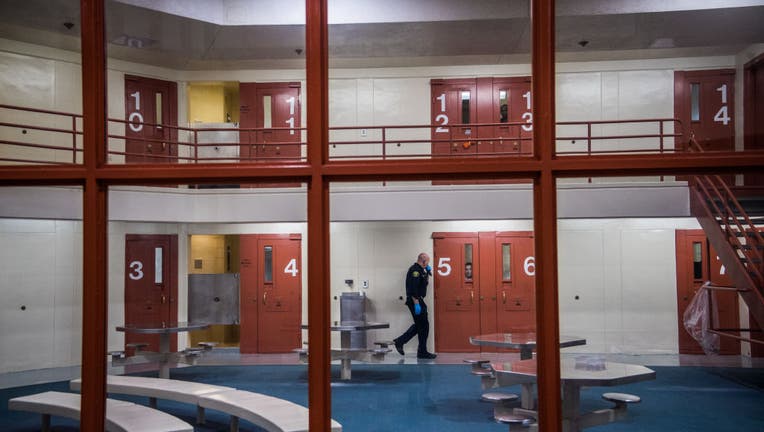 DUBLIN, Calif. - A person committed suicide this month at Santa Rita Jail, making this the first suicide in 13 months and the first in-custody death of the year, KTVU has learned.

However, the Alameda County Coroner's Office said there was a "press hold" on identifying who the person was. A spokesman for the sheriff's office did not respond for comment on Thursday.

The Sheriff's Office did not issue a news release about the death.

But the Feb. 9 suicide was reported as part of a federal court filing to U.S. Magistrate Nathaneal Cousins, who is presiding over a 2018 case between plaintiffs suing the jail over mental health care and the sheriff's office.

Gregory Thomas, a lawyer who represents the sheriff, wrote: "The Parties are deeply saddened by this recent death, which occurred in an intake quarantine housing unit several days after the incarcerated person’s arrest. Defendants will report more regarding this incident once the investigation and mortality review are completed."

While the name and circumstances of the person who committed suicide are not known, it does end a 13-month stretch at the jail where no one committed suicide, which is the subject of a federal lawsuit against the sheriff's office.

No one committed suicide in all of 2020 at Santa Rita Jail, in large part, attorneys say, because of the drop in jail population due to the coronavirus pandemic as well as having more deputies on hand who have prevented many attempted self-inflicted deaths.

This latest suicide brings the total number of people killed at Santa Rita Jail to 49 since 2014. That is the highest number of in-custody deaths of any jail in the Bay Area.

In response to the death, Kara Janssen, an attorney from the firm Rosen, Bien, Galvan and Grunfeld, responded that the suicide is a "sobering reminder of the importance of the issues involved in this case and the need to move as quickly as possible to improve conditions within the jail."

She said her firm continues to closely monitor how much out-of-cell time and mental health care is given to those incarcerated at Santa Rita Jail and she will "pursue appropriate remedies" afforded to her because of ongoing settlement talks with the sheriff's office, which wants to avoid going to trial.