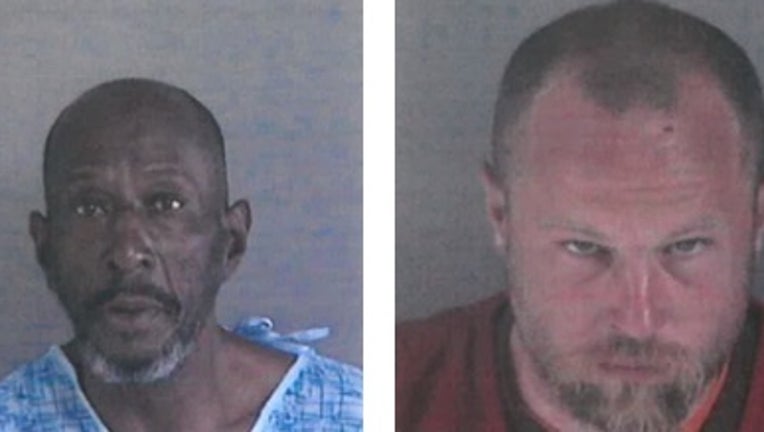 DUBLIN, Calif. - A man in custody at Santa Rita Jail was killed by his cellmate making him the 48th person to die in custody and the fifth to die by homicide since 2014, according to a KTVU analysis of death reports.

Donald Nelson, 58, was allegedly killed by Hayward Harrison Blake, 35, who was charged in July with his murder, according to documents provided by the District Attorney's Office.

Prosecutors said the two were fighting on May 1 in a holding cell, R 5, when a deputy saw Blake "stomping" on Nelson's head. Nelson was taken to the hospital, where doctors said he suffered from a brain bleed and a fractured spine. Nelson died on June 19. The Alameda County Coroner ruled that his death was caused by pneumonia and respiratory failure caused by the traumatic assault. Blake was charged with murder and he has entered a not guilty plea. He remains behind bars at Santa Rita with no bail, jail records show.

It is not clear what the two were fighting about.

In addition to murder, Blake is also being held on a variety of other charges, including vandalism, being under the influence and second-degree robbery, according to jail records.

Not much else is known about Nelson. The Alameda County Sheriff's Office did not issue a news release about his death, which was first reported this week by the Bay Area News Group.

Sgt. Ray Kelly did not answer any other questions regarding his death, referring KTVU to a public records clerk, who was not immediately available on Wednesday.

KTVU's analysis showed that Santa Rita Jail has the highest in-custody jail death rate of all the jails in the Bay Area and that suicides and isolation are closely linked. Since Jan. 1, 2014, at least 17 people committed suicide, the most common cause of death at the jail. Of the suicides, 12 people were held in some form of isolation.

Kara Janssen, who is a civil rights attorney whose firm sued the Alameda County Sheriff in 2018 over the mental health conditions and use of isolation, said she is typically alerted when there is an in-custody at Santa Rita. She was not notified of Nelson's death.

Kelly said Mey was taken to Highland Hospital for medical treatment and taken into custody there when deputies saw he had failed to appear in court for an auto theft case. The cause of his death has not been made public.

Andrews died of "acute fluoxetine toxicity" due to overdosing on antidepressants, which the Alameda County Coroner ruled an accident.

EDITOR'S NOTE: This story was updated on Dec. 4, 2020 with the suspect and victim's photos.