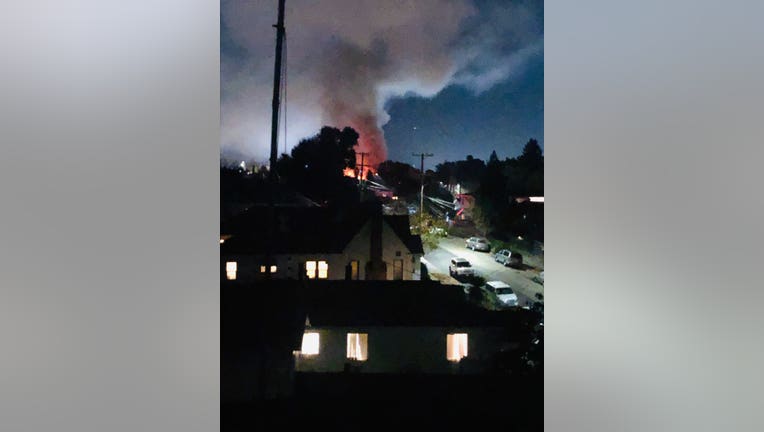 The fire at a two-story, single family home was reported on the 3200 block of Georgia Street at Laurel Avenue. It started at around 8:30 p.m., and was under control shortly after 9 p.m. the fire department said.

Oakland Fire Department said the Red Cross was notified of the displaced residents, an adult male and female. There were no fatalities or known injuries from the fire.

It is not clear how the fire started. An investigator has been brought in.

Crews remain at the scene and are checking for hotspots.