PG&amp;E officials say extreme weather and dry conditions have prompted them to alert more than 200,000 in 15 California counties that another round of planned power outages could be coming by mid-week.

SAULSALITO, Calif. - PG&E has notified approximately 201,000 customers that they may be impacted begninning late Wednesday by another planned power shutoff because of extreme weather conditions in the Sierra Foothills and the North Bay.

Officials said on Monday that portions of 16 California counties may be affected. If you don't receive a phone call, email or text message from the utility, your power will likely not be shutoff, PG&E President and CEO Bill Johnson said at the 5:30 p.m. news conference. The outages could come as soon as 2 p.m. on Wednesday.

However, PG&E said the beginning of the shutoff times would vary. Amador, Butte, Calaveras, El Dorado, Lake, Mendocino, Napa, Nevada, Placer, Plumas, San Mateo, Sierra, Sonoma, Sutter, and Yuba are all of the counties on the list.

The announcement is not likely something people want to hear, but this time PG&E said the shut off would be significantly smaller than the outages from two weekes ago.

Meteorologist Kyla Grogran says today will be sunny and nice. Starting on Wednesday, there will be critical fire danger.

At this point, PG&E has not officially called for a public safety power shut off, but they want people to know they’re considering it for later this week.

The utility is watching strong and dry offshore winds that are expected to last between Wednesday night to Thursday afternoon in the North Bay and Sierra foothills. Winds could exceed 55 mph gusts in the Foothills. In the North Bay the wind gusts are predicted to to be 35-45 mph.

PG&E said the state's high-risk areas for wildfires have tripled in seven years.

"We don't want to turn off power," Johnson said on Monday. However, he reiterated that the conditions are favorable for fire and the shutoffs are to prevent sparking from their electrical equipment, which can lead to catastrophic wildfires.

PG&E's Wildfire Safety Operations Center, a 24/7 effort to determine if the pending weather will be dangerousis staffed by 26 crews that practice the three "S's": Safety, including suppression of fires, switching, because sparks can happen and they're often on standby to put those fires out if they finally happen. And finally seeing, or reporting on the actual conditions on the ground.

“We learned a lot from the form the last public safety power shutoff and we're committed to making improvements," said PG&E spokesperson Megan McFarland. "One of the things we're doing" we're shoring up our contact centers and our web site. We're making those stronger so they can handle the larger volume of inquiries.”

They're also working on improving the speed at which inspections are conducted. The utility is trying to obtain infrared goggles and scopes to conduct their inspections at night.

“Normally, during a public safety power shutoff, we have to wait till daybreak to have our crews do the inspections. But allowing the inspections to take place at night could potentially speed up the restoration time,” said McFarland.

The utility is in the process of finding community resource centers that would be established in the event of a power shutoff, where residents could find air conditioning and charge their electrical devices such as laptops and cell phones.

PG&E will be providing updates over the next few days. 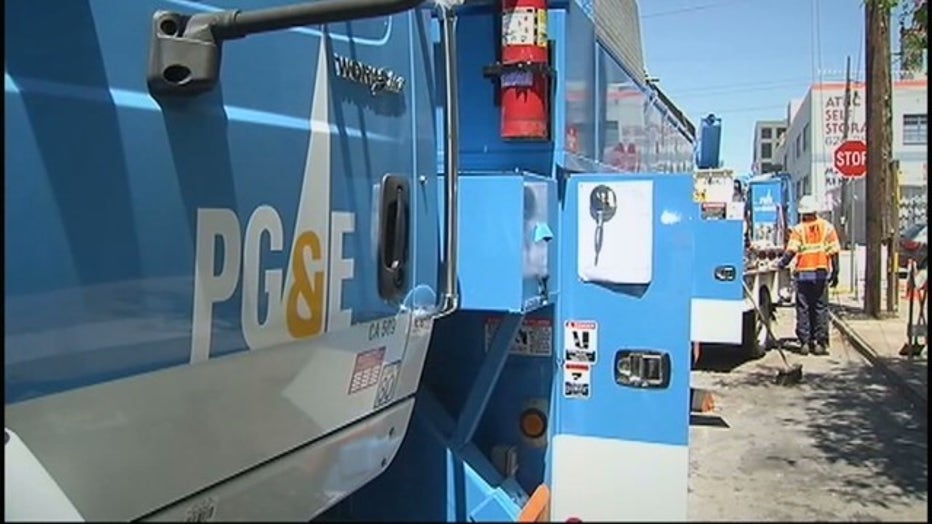