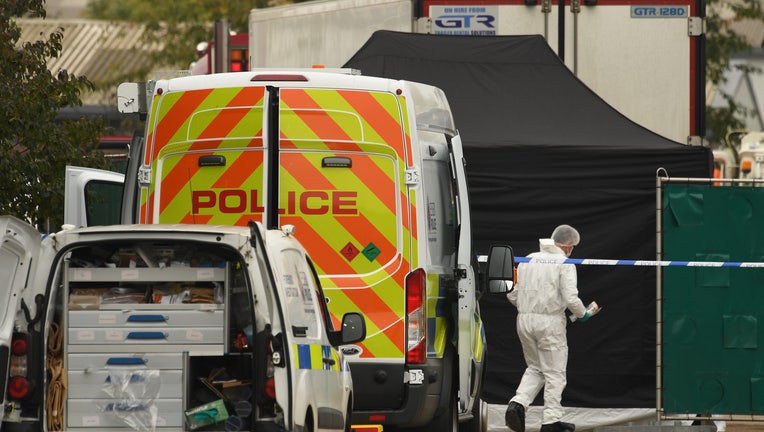 THURROCK, ENGLAND - OCTOBER 23: A Police forensic investigation team are parked near the site where 39 bodies were discovered in the back of a lorry on October 23, 2019 in Thurrock, England. The lorry was discovered early Wednesday morning in Watergl

Police in the United Kingdom on Wednesday arrested a 25-year-old Northern Ireland man on suspicion of murder after 39 bodies were found in the back of a semi-truck in Essex, which is east of London.

Essex police said that 38 of the bodies were adults and one was a teenager.

Chief Superintendent Andrew Mariner said investigators are working to identify the bodies, which is expected to be a “lengthy” process.

The truck traveled from Bulgaria through the Welsh town of Holyhead, police said according to the BBC.

Police have cordoned off the Waterglade Industrial Park where the bodies were found.