Yosemite visitors asked to slow down after two bears killed

Yosemite is open during the pandemic, but only to those who make reservations.

YOSEMITE NATIONAL PARK, Calif. - Officials are urging drivers to slow down after four bears were struck by vehicles and two were killed in Yosemite National Park in recent weeks, according to a newspaper report.

The surviving bears were believed to be seriously injured after being hit by vehicles going faster than the 25 mile-an-hour speed limit, the Fresno Bee reported Saturday.

The National Park Service estimates over 400 bears have been hit by cars in Yosemite dating back to 1995, the newspaper said. Wildlife protection zones were established for motorists to slow down and help protect animals. 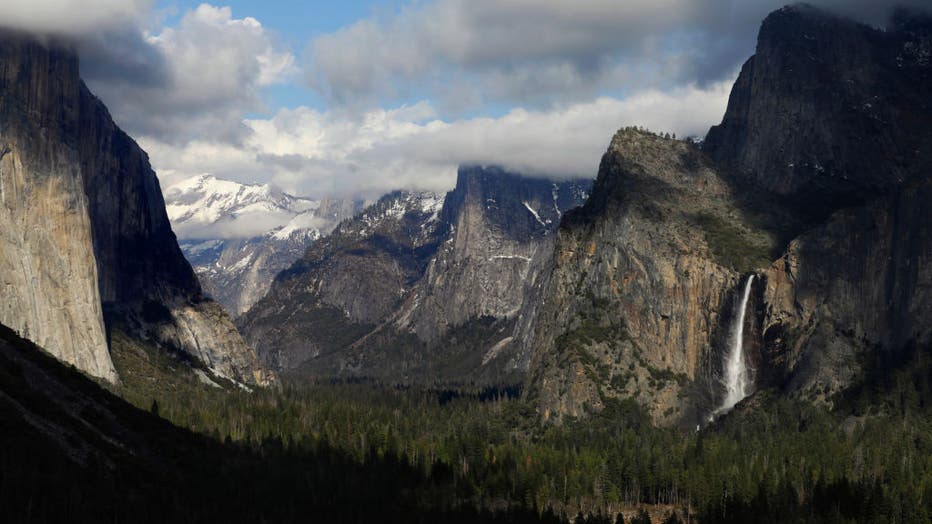 YOSEMITE NATIONAL PARK, CA - APRIL 11: Yosemite Valley seen from the Tunnel View overlook on April 11, 2020. Yosemite National Park is closed to visitors due to the coronavirus, Covid 19. Animals roam the park without having to worry about crowds of

Officials are asking guests to tell park rangers if they hit any animals with their cars.

Yosemite is open during the coronavirus pandemic, but only to guests who make reservations.