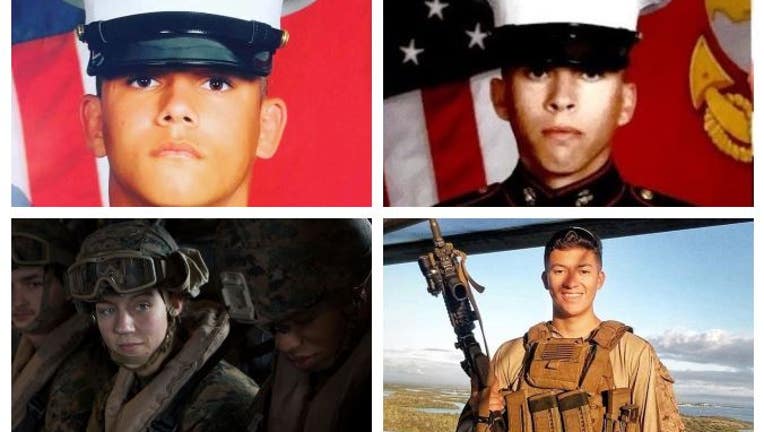 LOS ANGELES - Out of the 13 service members killed during a suicide bombing at the Kabul airport, four were from California. All young brave men and women who gave their life for their country.

The attack happened as people were being evacuated amid the Taliban takeover. The blast killed 169 Afghans and 13 U.S. service members, including 11 Marines.

Thirteen US servicemembers were killed during a suicide bombing near the Kabul airport as people were evacuating amid Taliban takeovers. Four of the Marines killed were from California. FOX 11's Susan Hirasuna gives us a look at the life and legacy of all 13 servicemembers.

10 Camp Pendleton service members among those killed in Kabul

13 service members were killed during a bombing at the airport in Kabul. Four of the victims were from SoCal and 10 were assigned to Camp Pendleton.

Just a week before she was killed, Sgt. Nicole Gee was cradling a baby in her arms at the Kabul airport. She posted the photo on Instagram and wrote, "I love my job."

Gee was a maintenance technician with 24th Marine Expeditionary Unit from Camp Lejeune in North Carolina.

Sgt. Mallory Harrison, who lived with Gee for three years and called her a "sister forever" and very best friend, wrote a moving account about the magnitude of her loss.

"I can’t quite describe the feeling I get when I force myself to come back to reality & think about how I’m never going to see her again," Harrison wrote on Facebook. "How her last breath was taken doing what she loved -- helping people. … Then there was an explosion. And just like that, she’s gone."

Gee’s Instagram page shows another photo of her in fatigues, holding a rifle next to a line of people walking into the belly of a large transport plane. She wrote: "escorting evacuees onto the bird."

Two Marines with Southern California ties among those killed in Kabul

Two service members with local ties were identified as one of the victims in the Kabul airport suicide bombing attack.

RELATED: SoCal Marine identified as one of 13 US servicemembers killed in Kabul airport suicide bombing attack

Nikoui’s name will be enshrined on the "Lest We Forget Wall" at the George A. Ingalls Veterans Memorial Plaza, which honors local residents who made the ultimate sacrifice while serving our nation. A Gold Star Families Memorial Monument is currently being constructed at the same location, according to city officials.

U.S. Marine Corps Corporal Hunter Lopez was killed in action while stationed at the Hamid Karzai International Airport in Kabul during the U.S. led evacuation effort. He is the son of Riverside Deputy Sheriff Alicia Lopez and Riverside Sheriff's Captain Herman Lopez.

Lopez was a Riverside Sheriff's Explorer Scout with the Palm Desert Station from September 2014 to August 2017.

He joined the U.S. Marine Corps and was assigned to the 2nd Battalion, 1st Marines. Lopez planned on becoming a Riverside County Sheriff's Deputy after returning from his current deployment. 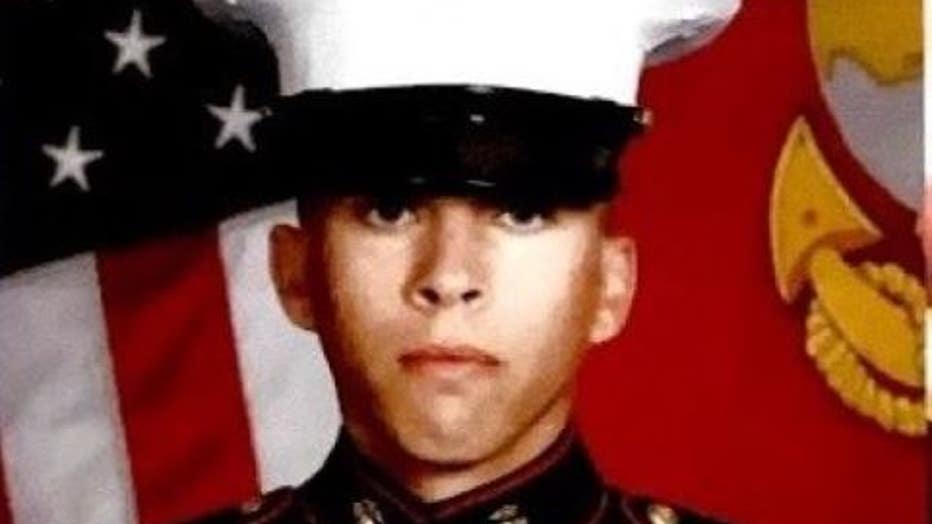 Lance Corporal Dylan R. Merola is from Rancho Cucamonga. He graduated from Los Osos High School. His mother said he was in Kabul for less than two weeks. Merola paid the ultimate sacrifice during the bombing at the Abbey Gate at Hamid Karzai International Airport. A GoFundMe has been set up in his honor.

Gov. Gavin Newsom issued the following statement, "Our heroic troops gave their lives to protect others amid harrowing and dangerous conditions, and we will never forget their bravery and selfless sacrifice in service to our nation. Jennifer and I send our deepest condolences to all the families grieving the loss of loved ones and offer our best wishes for the recovery of the service members who were injured. We stand with the Afghan American community during this difficult time."

Thursday's bombing — blamed on Afghanistan’s offshoot of the Islamic State group, a lethal enemy of both the Taliban and the West — made for one of the deadliest days in the two-decade Afghan war.

Two officials said the number of Afghans killed rose to 169, one of the country's highest death tolls in a terror attack. The U.S. said it was the most lethal day for American forces in Afghanistan since 2011. The number of dead was subject to change as authorities examined the dismembered remains.