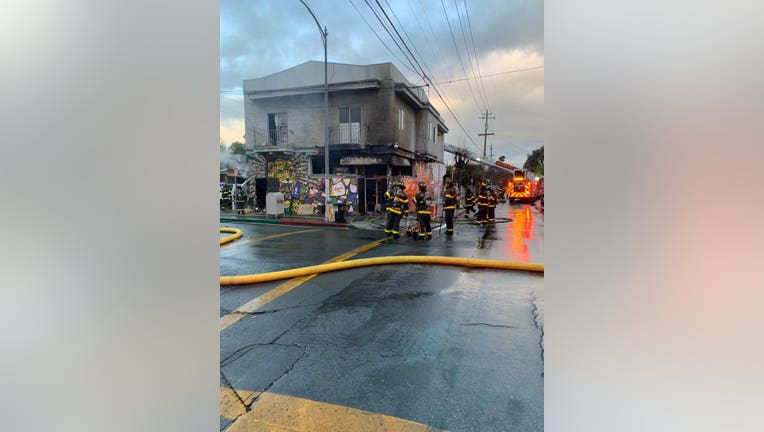 Neighbors spotted smoke about 6:45 a.m. coming from the Sidhu Market at the corner of Locust and Virginia streets, and crews arrived to find the small store on fire, San Jose fire officials said.

Seven residents living on the second floor escaped on their own, but firefighters had to assist an eighth person safely out of the building.

No injuries were reported in the two-alarm blaze. The three units above were damaged by smoke and the Red Cross was assisting residents with shelter, fire officials said.

The market was gutted, fire officials said. The cause is under investigation.